SHOP NOW FOR YOUR FAVORITE OPTICS WITH ACSS RETICLES

See our Why ACSS Buyers Guide for more information.

The Primary Arms Advanced Combined Sighting System reticles are simply the most advanced reticles in the world. Standing on the shoulders of proven reticle technologies of the past, ACSS combines the most useful reticle concepts into one easy to use system that is fast, instinctive, and easy to learn.

Unlike a crosshair which obscures the target at its intersection or a dot which covers the target, many ACSS reticles feature a chevron aiming point.

The chevron creates an infinitely small point of aim while allowing the shooter to see the desired impact area. A thick horseshoe surrounding the center aiming point provides a quick aiming reference for close quarters "snap shooting" in a hurry.

ACSS bullet drop compensation allows shooters to reach out to extended ranges depending on caliber and application. In some reticles the BDC allows accurate engagement all the way to 1000 yards without counting clicks on a turret. 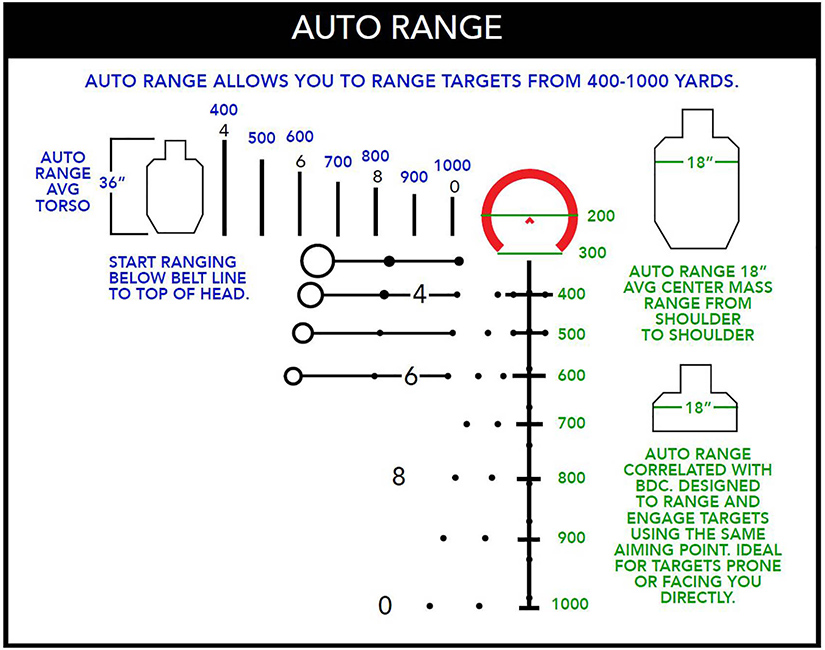 Precision shooters say that, "amateurs talk about bullet drop, professionals talk about wind calls." Many ACSS reticles include wind hold dots alongside the BDC, making accurate shots possible in windy conditions. There is no need to manually adjust the scope, or perform any calculations.

Movers are the most challenging targets a hunter or competitive shooter may encounter. When faced with a moving target, some shooters will give up on the shot, and others will "Kentucky windage" their best guess and take an uncertain shot.

Wrong range estimation is the number one reason that distant targets are missed out in the field. ACSS auto-ranging reticles can vertically range targets in moments, providing vital information that the shooter can easily translate to the reticle's bullet drop compensation feature. Horizontal auto-ranging is built right into the BDC resulting in a range-and-engage system of unparalleled speed and accuracy.

These practical features give the ACSS reticle a tremendous advantage over competitor reticles that "look cool" but offer no advanced functionality. ACSS gives shooters the ability to ignore their scope turrets entirely for the vast majority of engagements. 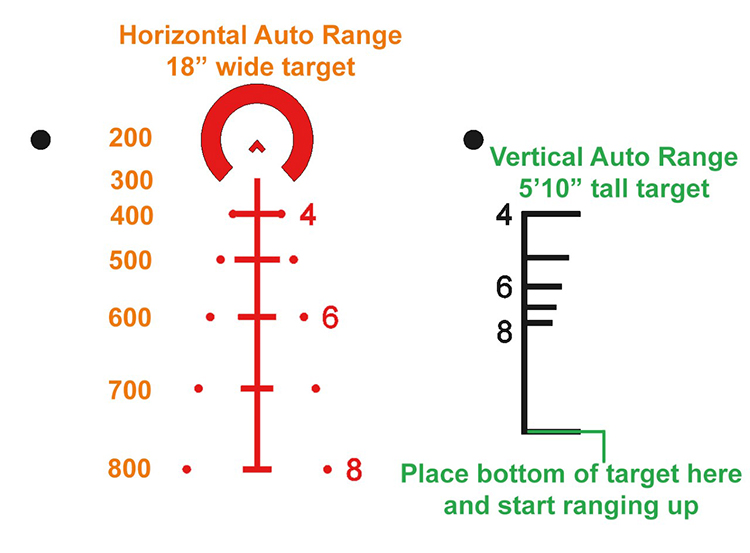 Range estimation, bullet drop calculation, and wind compensation are dealt with in moments while the shooter looks through the optic at the target, without moving their hands away from a ready to fire position. There is simply no other reticle system that accomplishes everything ACSS does.

You can only find ACSS reticles in Primary Arms Optics products and co-branded products distributed and sold exclusively by Primary Arms.