Shop from the best selection of geissele automatics products

Browse our variety of Geissele Automatics products. If you find a better price somewhere else, we'll match it!

The most critical point of contact between the rifle and the shooters is the trigger.

Pulling the trigger is the last act necessary to send a round downrange, and the slightest movement can disrupt the round's trajectory.

Geissele Automatics looked at Mil-Spec AR-15 triggers and realized that a long, heavy, and gritty trigger pull is not conducive to accurate shooting.

They set out to build a trigger that solved this issue, specifically targeting precision shooters in CMP and the NRA Hi-Power Rifle competitions.

They developed the Hi-Speed National Match trigger in 2004, which paved the way for them to design triggers for law enforcement, United States Military, and civilians.

They have since designed handguards, scope mounts, and more for the Competitor, Warfighter, and Protector.

Their name is synonymous with high quality triggers ever since the release of the Hi-Speed National Match Trigger that featured an adjustable trigger pull with full power hammer springs.

This highly adjustable trigger caught the attention of the U.S. Special Operations Community, who promptly asked them to develop a combat trigger. 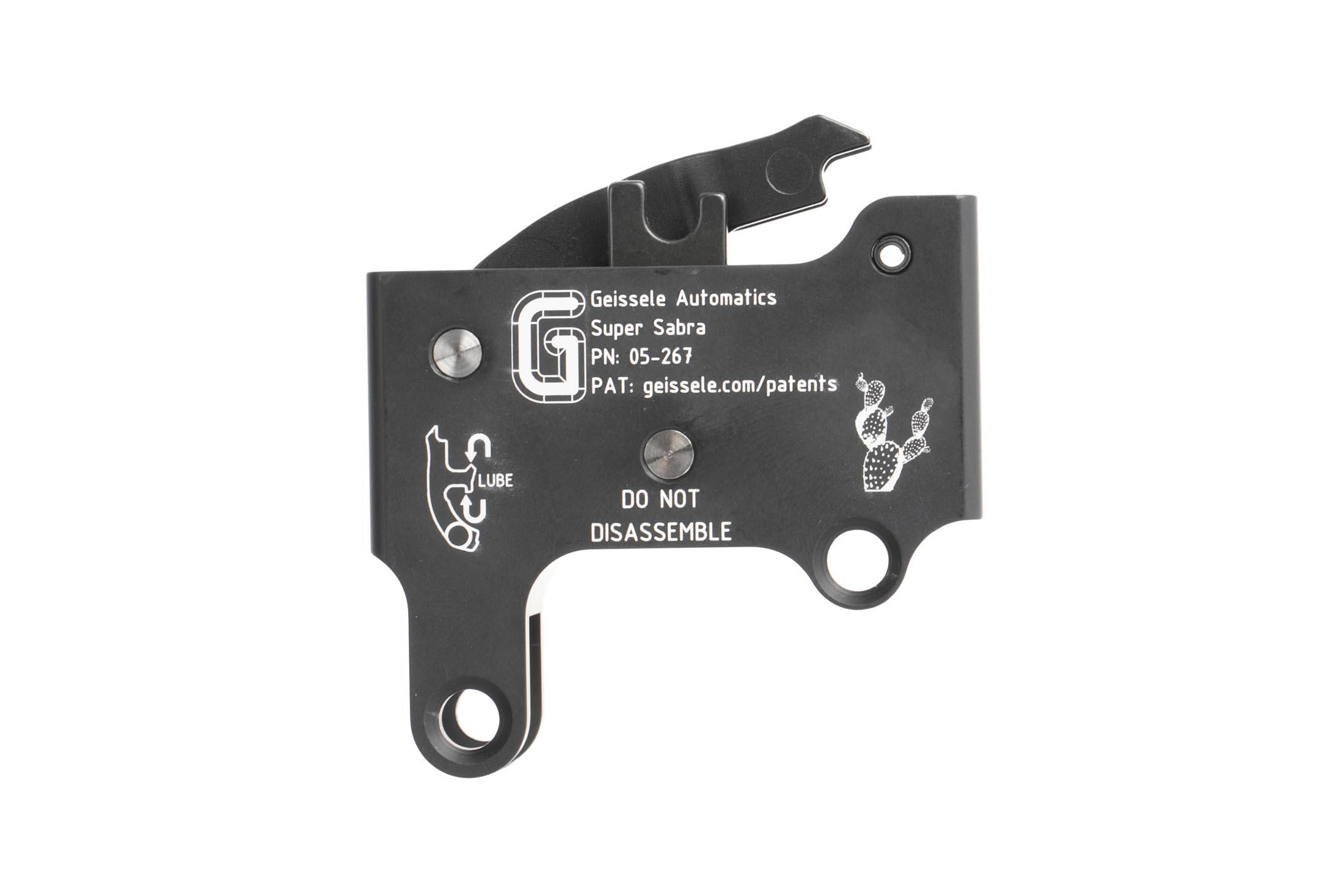 They answered with the Super Select Fire SSF trigger, which is a non-adjustable, two-stage trigger designed for precise trigger control in semi-automatic and full-automatic fire modes.

The success of this M4 trigger paved the way for them to become one of the most well-known manufacturers in the world.

Coming off the success of the SSF with the United States Military, they set out to design a semi-automatic only trigger based on the same design. They ended up with the SSA trigger, which has the same smooth two-stage trigger pull that only requires 4.5 pounds of pressure to break. 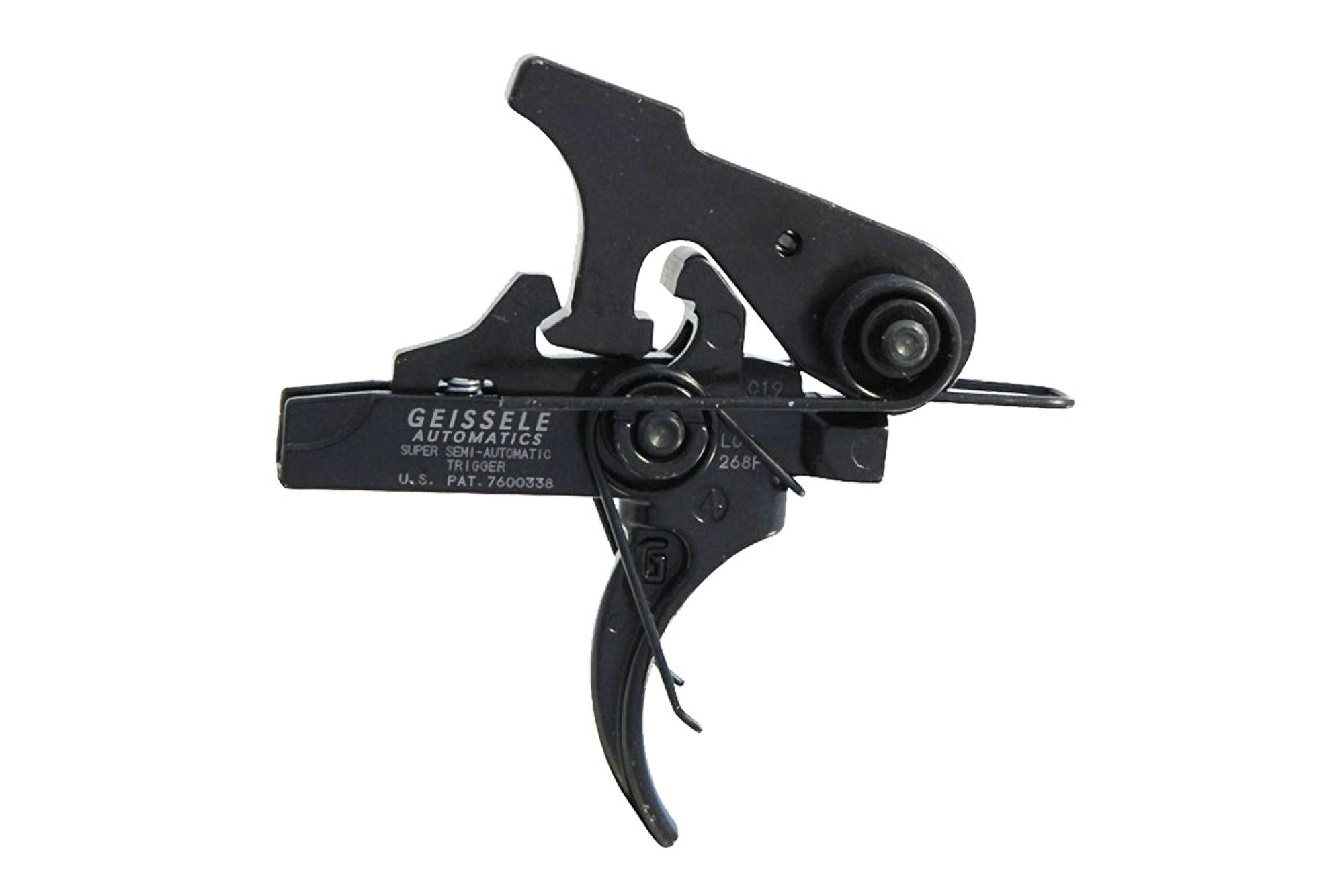 The main difference is the inability to support full automatic fire and is aimed at Law Enforcement, home defense, and hunting uses.

The Super Semi-Automatic combat trigger is designed to be forgiving enough in CQB uses while still being extremely accurate out to longer ranges. However, their innovation did not stop there, as they quickly learned that customers wanted a lighter trigger pull without sacrificing reliability or safety.

Perhaps there is something to be said about listening to customers, especially when those customers are US SOCOM. They went back to the drawing board and developed the SSA-E trigger with a reduced first and second stage trigger pull.

Their most popular trigger, the total pull weight, comes in at 3.5 pounds of smooth travel with a crisp break that retains all the safety features of the previous edition like an internal drop safety.

Because of the lighter pull weight, the Super Semi-Automatic Enhanced trigger is ideal for use in designated marksman rifles (DMR) where accurate shots are required, and a consistent, reliable trigger is a must.

This fire control group features an M4 curved trigger bow; however, preferences change depending on shooting communities, and a new trigger design was developed to accommodate them.

With the popularity of 3-gun competition rising, they turned their sights on competition style triggers and developed the Super 3-Gun and Super Dynamic 3-Gun triggers.

Both feature a shortened pull length and reduced reset for extremely fast follow up shots while quickly transitioning between targets. 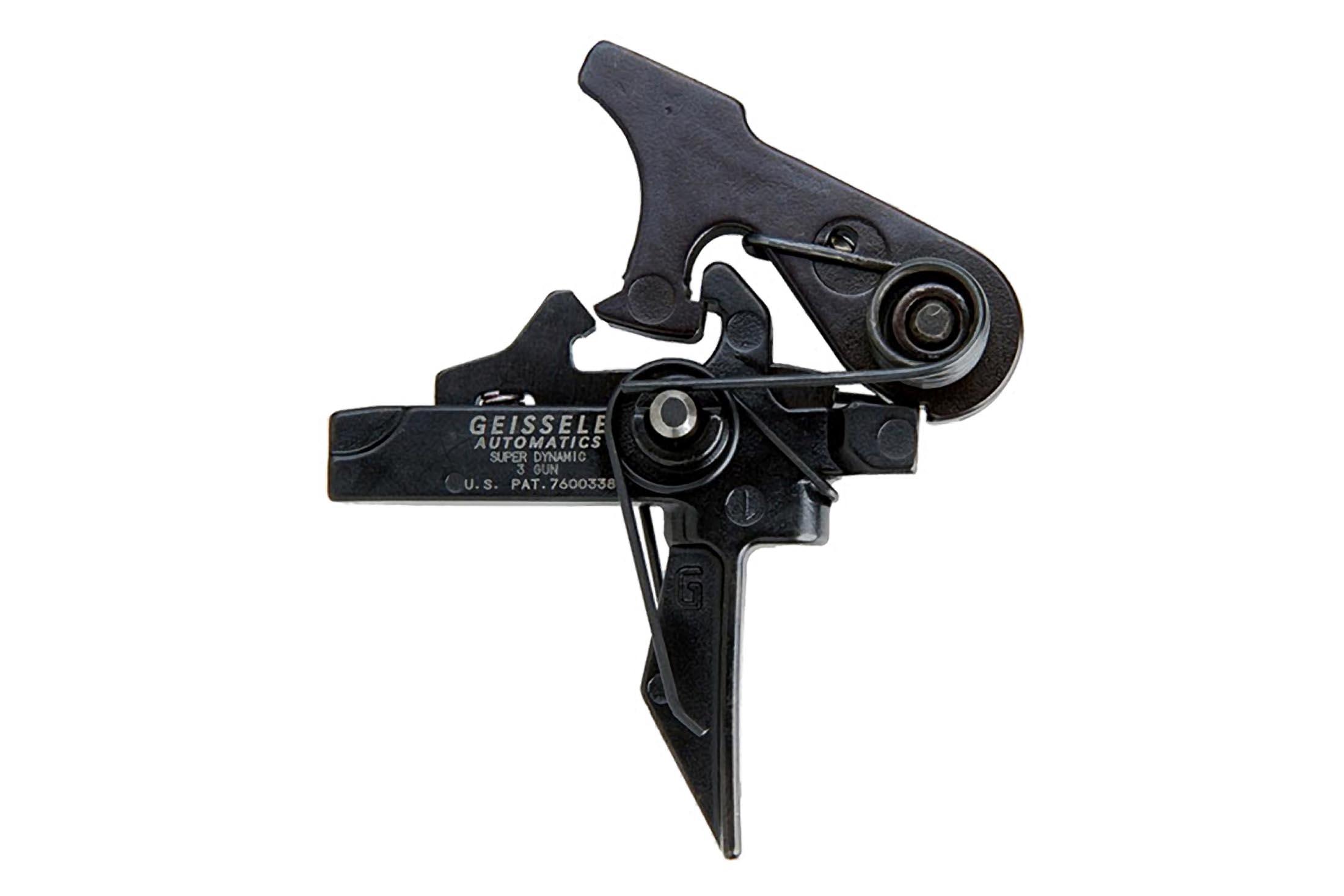 They also backed away from the two-stage design and introduced their hybrid system that combines two-stage and single-stage functionality.

The feature that sets the SD-3G apart is the flat trigger bow, which allows for better leverage and reduces perceived pull weight when firing your rifle.

The flat-faced trigger is quickly becoming one of the most popular designs and is even finding its way to duty rifles.

Flat face trigger bows are mostly a personal preference, but they do have some real benefits. Aligning your trigger finger directly underneath the sear engagement can help with a perceived trigger pull weight as it gives you more leverage to shoot with. 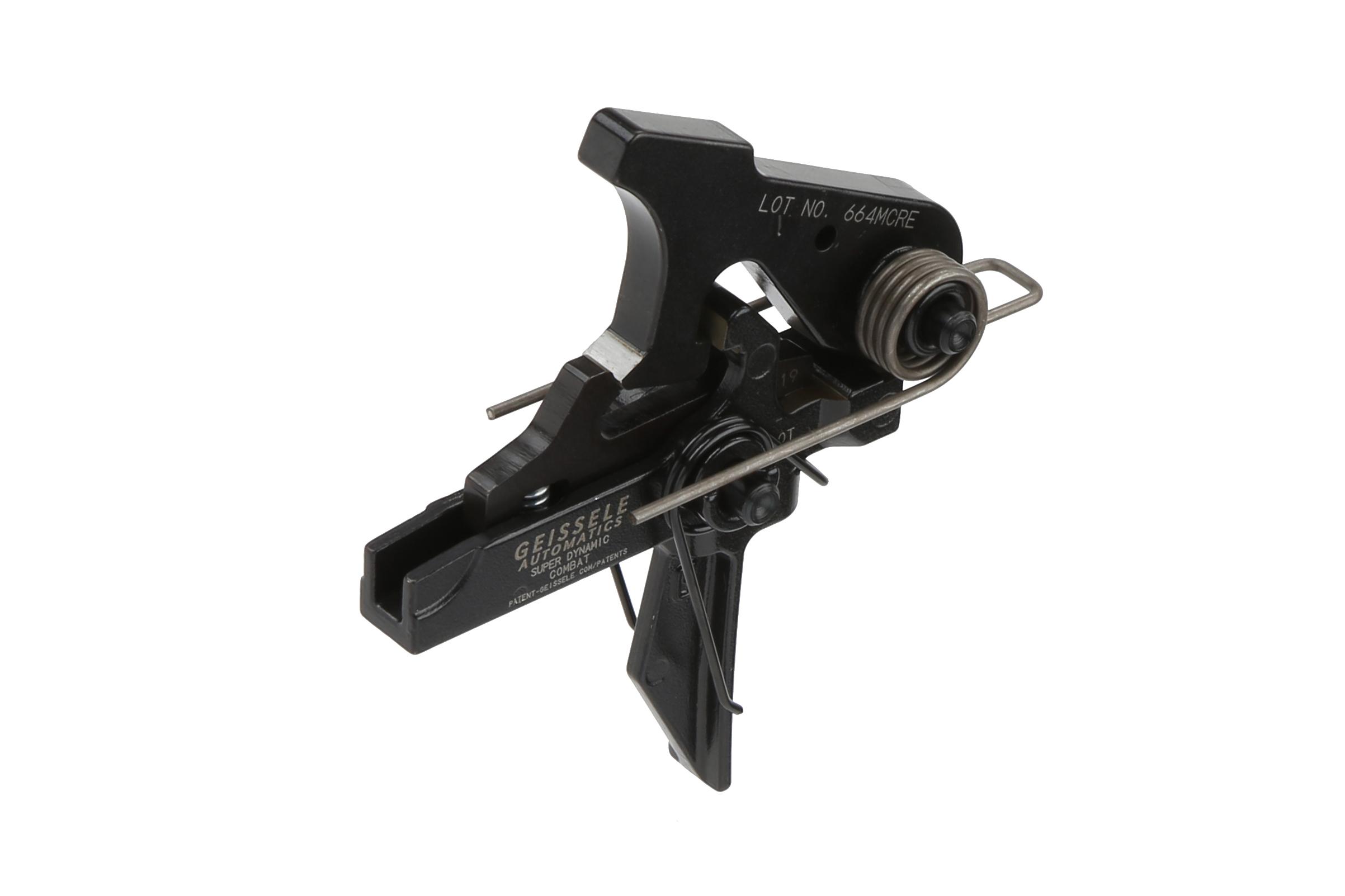 This trigger is designed for combat with its 4.5-pound trigger pull and rugged, non-adjustable design.

Like their other triggers, it is EDM wire cut from heavy-duty tool steel and is compatible with Mil-Spec lower receivers, although there are more rifles than just the AR-15 pattern.

Fortunately, they make triggers for all the popular rifles.

With Geissele being one of the best trigger manufacturers in the world, it is no wonder people asked them to expand their product line to include rifles such as the Tavor X95, SCAR, SIG MCX, and even the ACR.

The Super SCAR and Super MCX two-stage triggers bring AR-15 familiarity to different families of rifles while the G2S is designed with budget-oriented people in mind.

Even though a high-quality trigger is one of the most important upgrades for increased accuracy on a rifle, a free-float handguard will go a long way to ensure a rifle is achieving its highest accuracy potential.

With only one point of contact, a free-float rail allows the barrel to move freely without extra pressure being exerted on the muzzle end, which can result in a missed shot. The Super Modular Rail achieves this and with even more advanced models available, potentially much more. 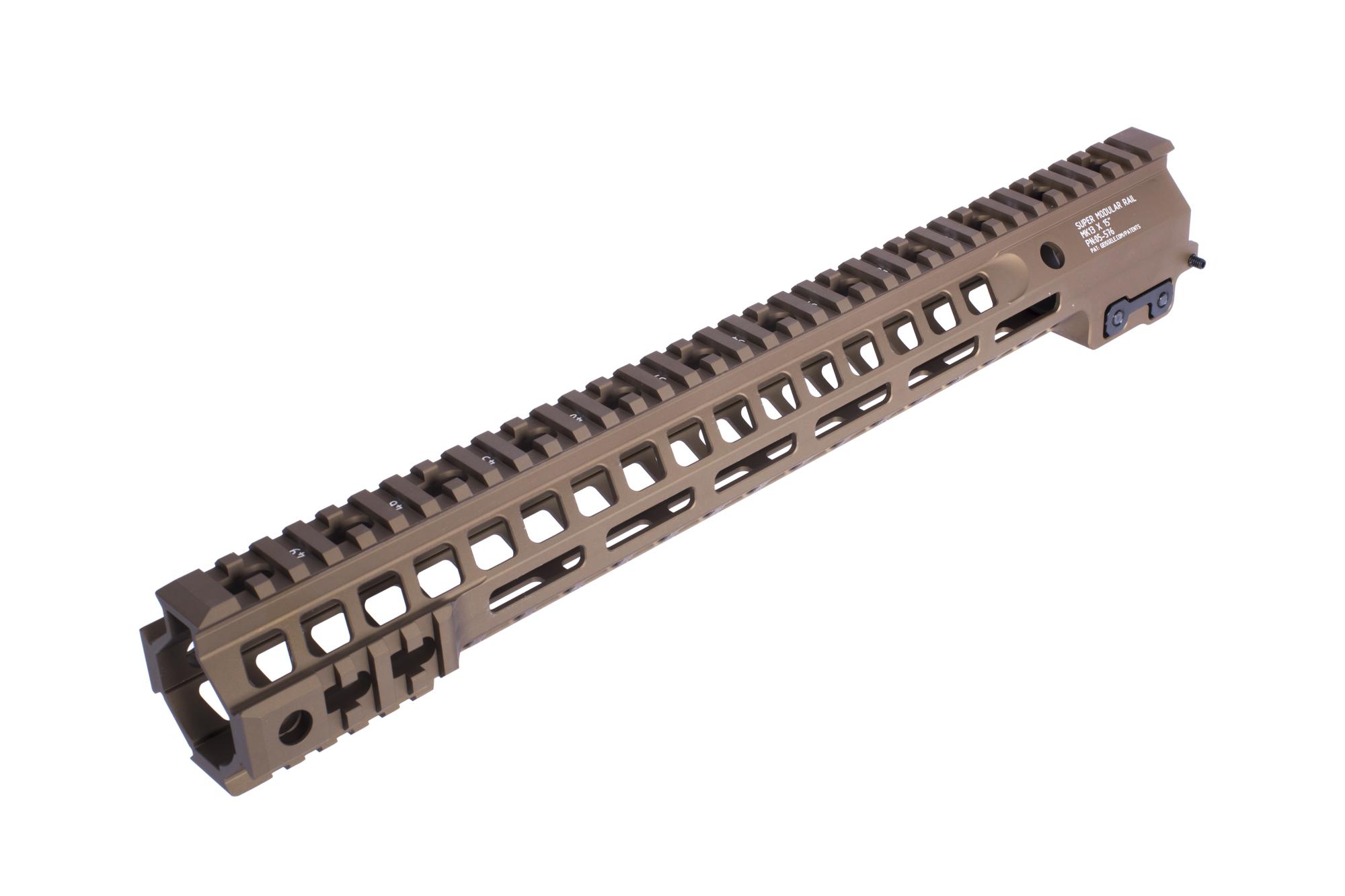 The MK14 uses a single continuous Picatinny top rail with M-LOK attachment points along the side for endless customization.

The MK13 has four integrated Picatinny rail segments at the muzzle end of the handguard for a more durable attachment option. On the other hand, the Super Modular MK8 rail features a slim octagonal profile with eight rows of M-LOK for extra modularity and ergonomics.

Staying in line with the ergonomics design philosophy, they developed their charging handles for the AR-15 rifle platform that incorporates ambidextrous functionality and high-quality aluminum.

Keeping with the “super” naming scheme, the Supercharging handle features extended, textured levers that allow fast activation even while wearing gloves. The Airborne charging handle, on the other hand, utilizes smaller levers for snag-free usage. 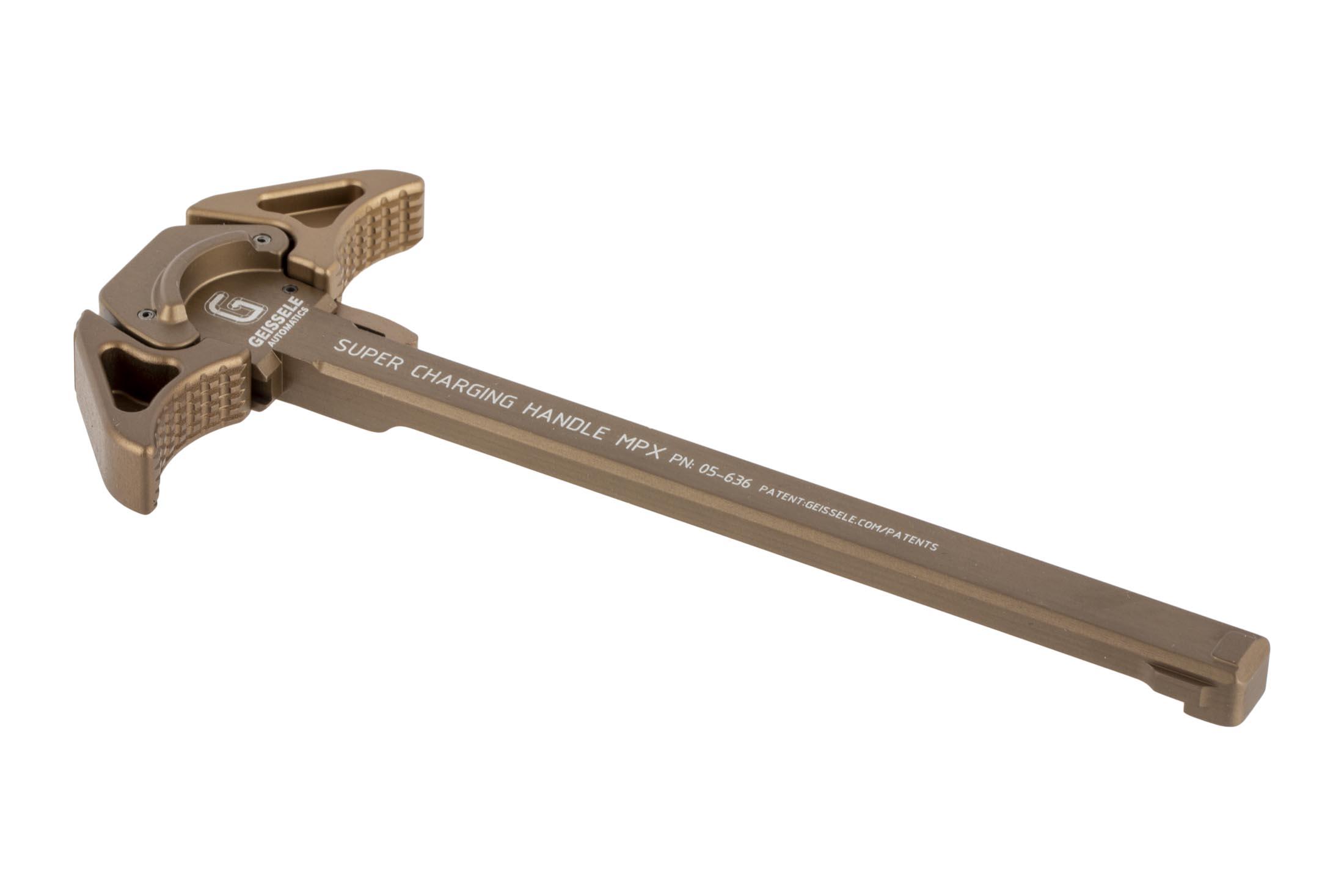 Even though the levers are shorter, the rifle can still be charged from the side without the interference of low-profile scopes or optics.

With precision in mind, the right trigger won’t do much good if the scope mount does not retain zero. They designed the Super Precision scope mounts with a nut and bolt mounting system that clamps down on Picatinny rails with enough force to ensure a rock-solid fit. The Super Precision optics mounts come in many different models, such as the High Power Rifle National Match and the CQBSS, to fit a variety of scopes for various applications.

They also manufacture small parts for the AR-15 that provide enhancements over Mil-Spec parts.

The Maritime bolt catch has extended paddles to make locking open and releasing the bolt much easier and faster while the Super 42 braided wire buffer spring increases the reliability of the bolt carrier group. 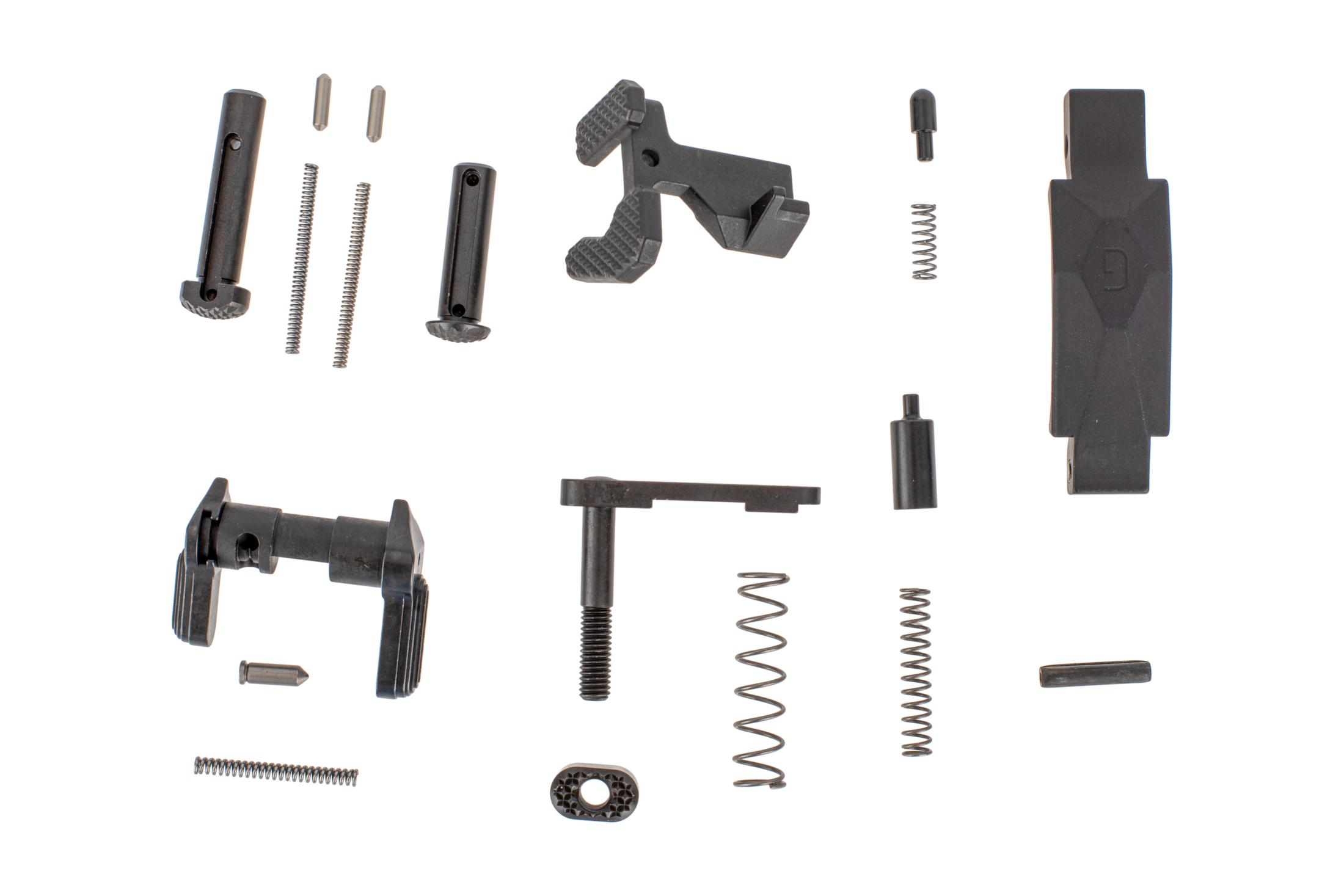 The included heavy buffer weight helps to reduce felt recoil and, combined with a high-quality trigger will make a fast, accurate, and flat shooting rifle that is fit for any situation.

Geissele Automatics employees use their products every day and have confidence that their triggers and components will not fail. It is their mission to “manufacture confidence” so that no customer will ever doubt the effectiveness of their rifle.