GET BEST DEALS ON Magpul Products WITH FAST SHIPPING

Magpul Industries wasn’t always the polymer magazine giant that it is today. They began in 1999 with a product designed to assist in quickly pulling magazines out of mag pouches, dubbed, the Magpul 5.56.

They quickly rose to the top of the industry with products like the PMAG 30 round polymer magazine, protective eyewear, the Pro 700 rifle chassis, MOE pistol grip, and innovations like the M-LOK accessory attachment system that has changed AR-15 handguards for years to come.

They approach product design with a need/solution point of view which is ultimately what propelled them to become one of the most well-known brands in the world.

Here at Primary Arms, we carry a large variety of their most popular accessories, stocks, magazines, pistol grips, shooting glasses, and even their new polymer suppressor cover. Each of these products and more are detailed below.

A common problem for the average infantryman was and still is the 30-round aluminum STANAG magazine. It is heavy, easy to break, and unreliable if sand gets in the mechanism.

Easily their greatest achievement was the introduction of the PMAG 30: a synthetic polymer magazine that could withstand heavy impacts without bending like aluminum.

Like the PRS, this magazine has seen many generational improvements such as textured gripping surfaces, self-lubricating anti-tilt follower with stainless steel springs, flared floor plate, and even a window to see your remaining round count.

After 10 years the newest iteration Gen M3 PMAG was officially adopted by both the USMC and Airforce because of its compatibility with the IAR as well as improved performance with the M855A1 ammunition. Many different sizes have also been offered such as the PMAG 20, PMAG 40 and even a 60-round drum mag called the D-60. 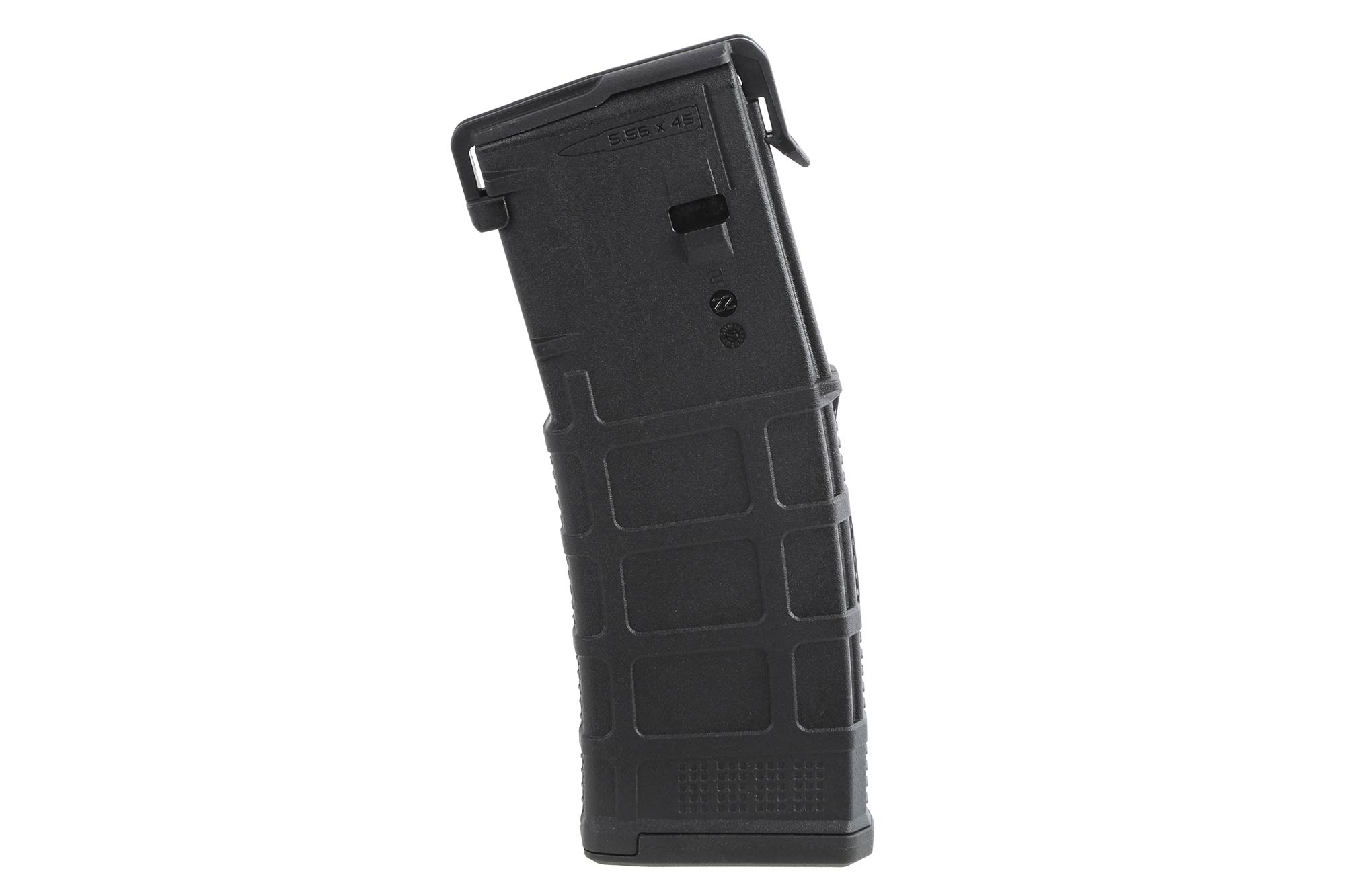 They approach product development by locating problems that soldiers and customers alike are facing and designs a product to fit that specific need.

They analyzed the problems soldiers were facing related to standard 6-position carbine stocks and developed the M93 adjustable carbine stock that offers much more adjustability and customization options.

The USMC quickly ordered 100 of these stocks, firmly planting their name in the firearms industry as an innovative manufacturer and leading the way to their more popular stocks today.

With combat efficiency in mind, they went back to the drawing board to design a durable polymer stock with tight tolerances, designed for precision rifle shooting when every shot counts.

The PRS (Precision Rifle/Sniper) stock was born out of yet another shortcoming of the 5.56 and .223 carbine stocks. They simply were not sturdy enough to reliably take accurate shots at longer ranges. This fixed rifle stock offered soldiers, police, and civilian shooters the adjustability and stability needed for long range shooting or other high stress scenarios.

This popular stock system is currently on its 3rd generation of improvements featuring more durable polymer, QD sling attachments, and a lighter weight. 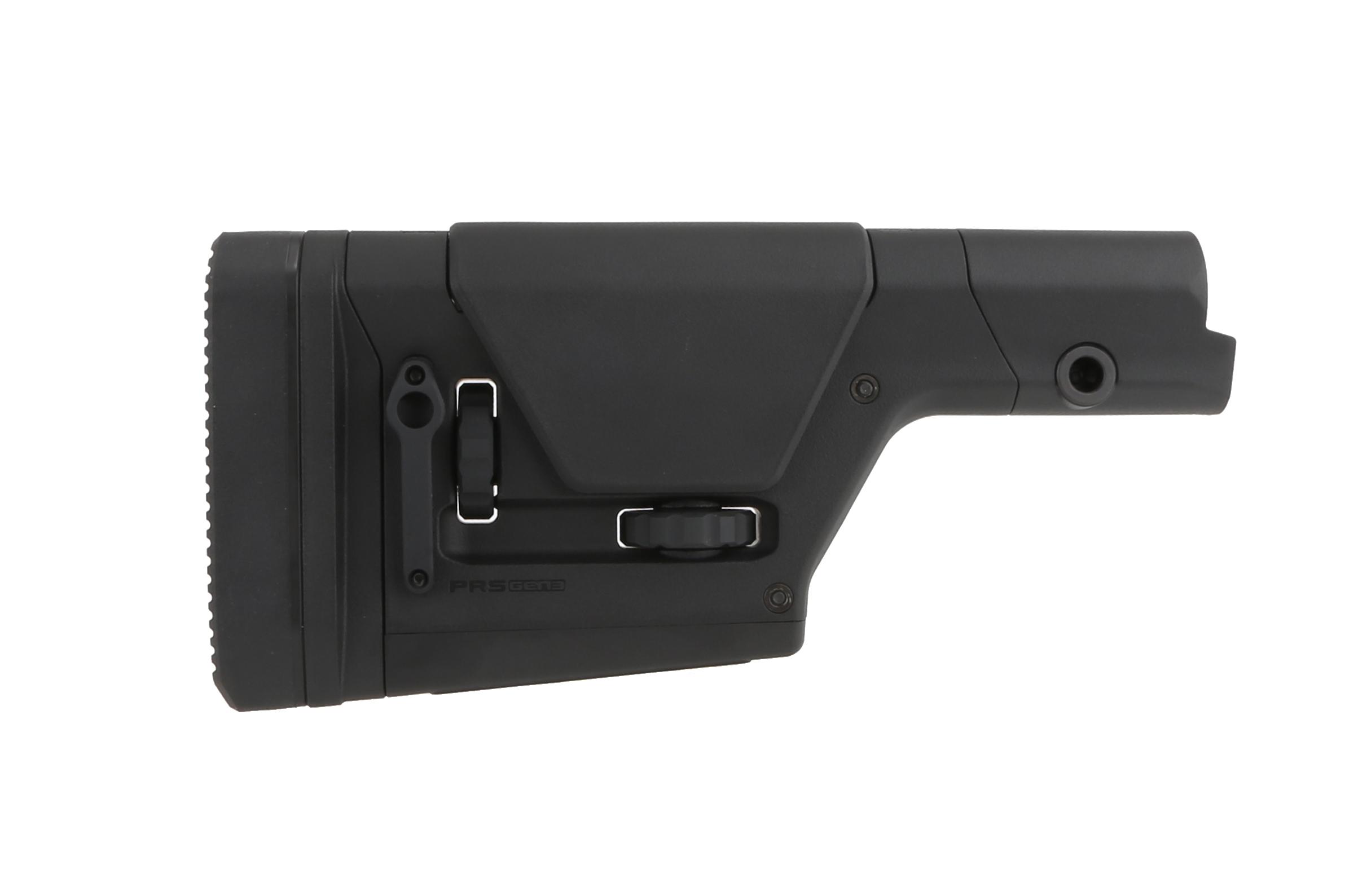 The simplest of their stock offerings, the CTR is designed to fit on Mil-Spec carbine length buffer tubes and is the most similar to the standard M4 stock.

However, it offers more advanced features like a robust locking system, rubberized buttplate, and QD sling swivel attachment points. This is one of their lighter systems designed for compact rifles with operators looking for a snag-free, simple design. 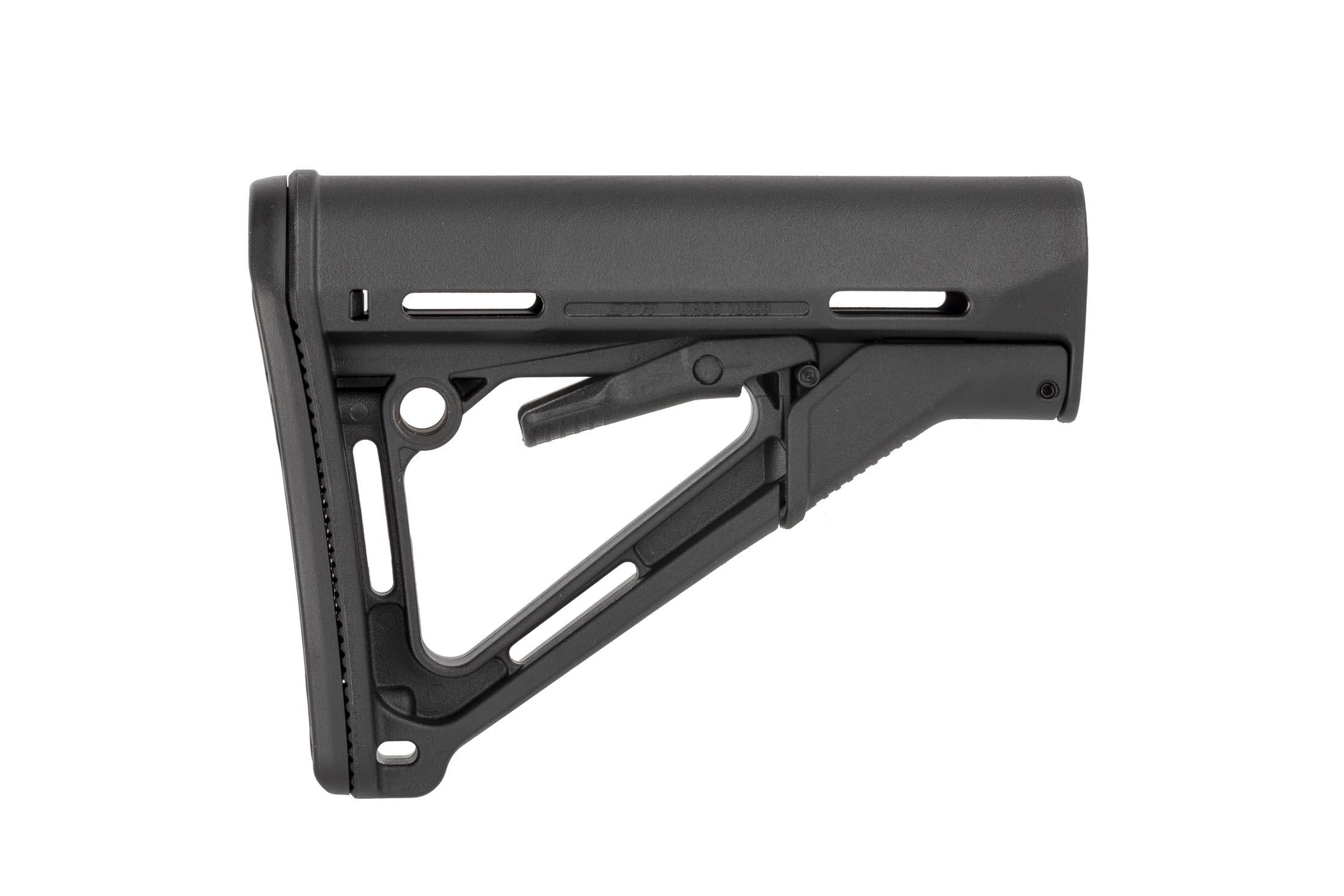 In 2007, they released the UBR (Utility/Battle Rifle) stock that was designed to offer the same strength and stability of a fixed rifle stock while allowing the user to maintain a consistent cheek weld.

It does this in a carbine style formfactor without needing to be as large and bulky as the PRS stock because of its use of a proprietary buffer tube. This collapsible stock gives operators 8 positions of adjustment and features waterproof storage for extra batteries further solidifying their brand as a company that innovates for the benefits of the consumer. 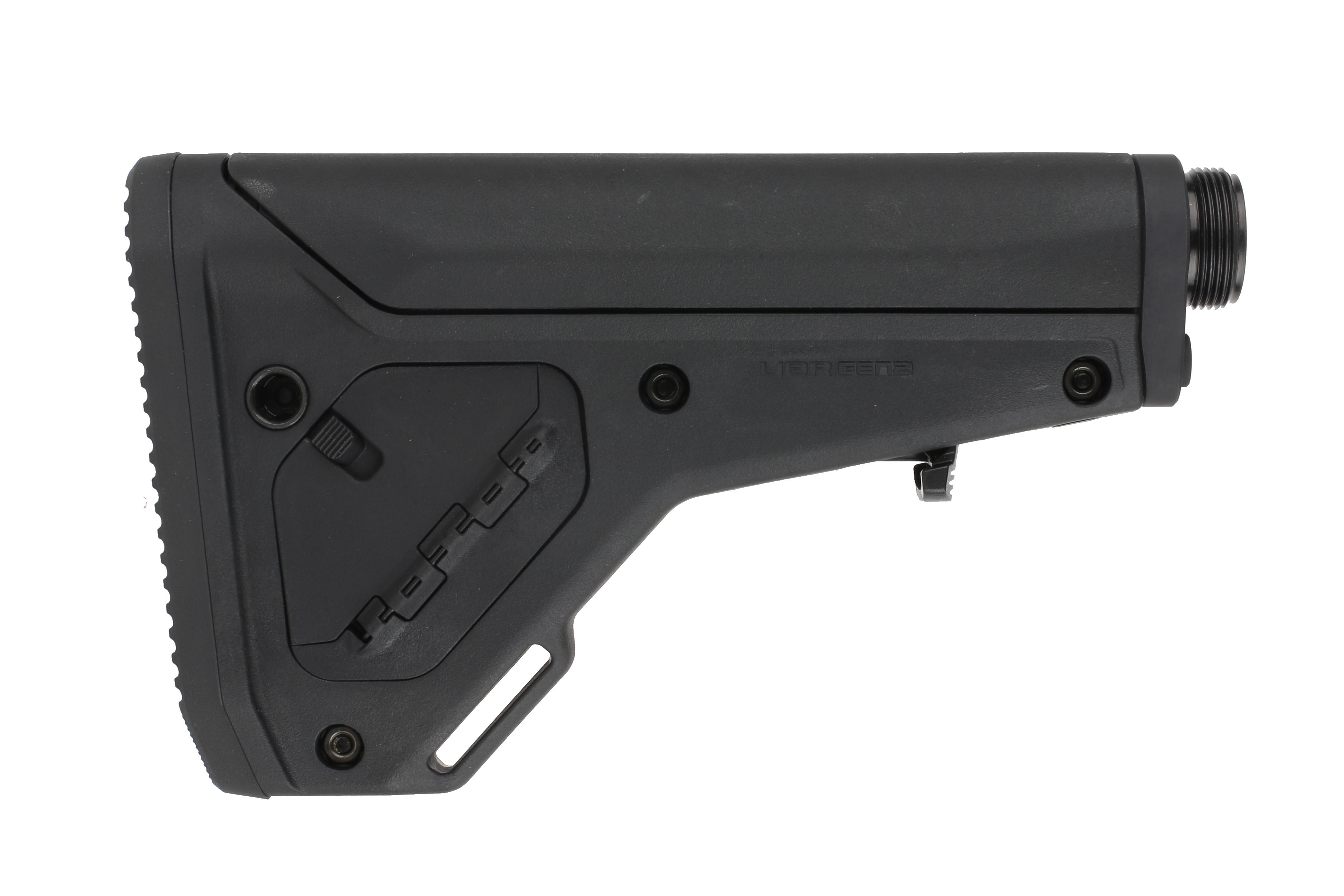 Not long after the release of the UBR stock, they released their full line of MOE (Magpul Original Equipment) that included everything from handguards to pistol grips and even another stock. This is probably their most popular line of products as they offer a variety of options at an affordable price.

The MOE K2 pistol grip is a compact version that features a steeper grip angle optimized for CQB while the MOE SL features a slimmer profile. The MOE SL stock and SL handguard also match the grip with a slim profile.

The MOE rifle length hand guards, as well as mid-length and carbine length, were also the first to utilize the M-LOK rail attachment system. This allows the user to have a slim handguard with rail sections only in the position that they want to customize accessory placement. The M-LOK system is one of the most popular ways to quickly attach an AFG-2 angled foregrip, MVG vertical grip, or even the new polymer bipod.

To extend the MOE product line to even more shooting sports enthusiasts, they made the MOE AK stock, MOE AK grip, and MOE AK handguard for AK-47/74 pattern rifles. This furniture adds the same 21st century functionality like M-LOK to the rugged and reliable AKM.

With their products gaining popularity, they decided to expand their stock selection to other firearms such as shotguns, bolt action rifles, and 22 caliber rifles. They started with the SGA shotgun stock for Remington 870s and Mossberg 500s which offered length of pull adjustments among other improvements.

Based on the SGA design, they released chassis systems like the Hunter 700 stock and Hunter X-22 stock for Remington 700s and Ruger 10/22s. The Pro 700 chassis is aimed at long-range competition shooters to leave no market untouched. 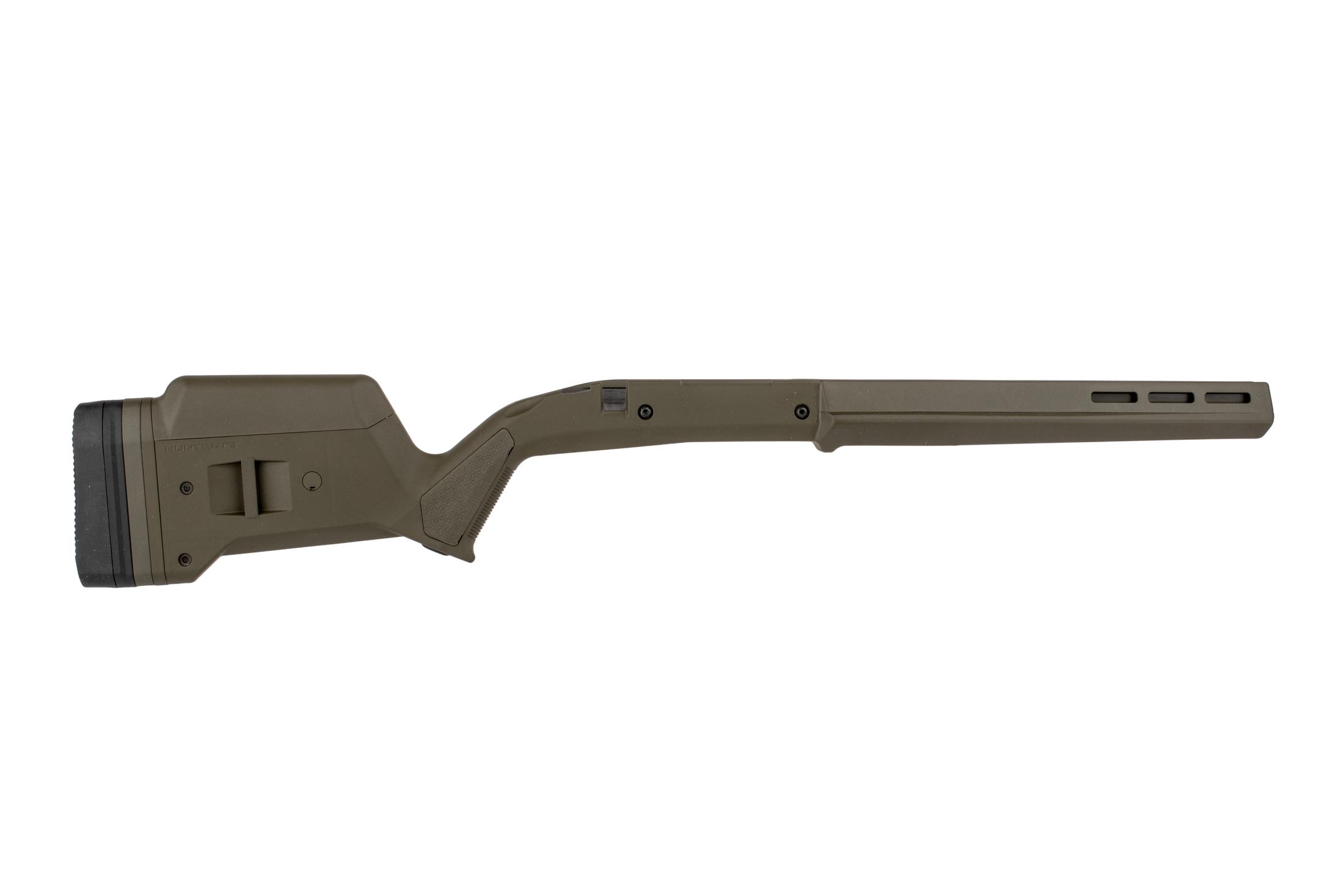 Using what they have learned developing polymer products, they expanded their product line to include accessories like the Ranger Plate and self-leveling magazine follower to further enhance the capabilities of magazines.

They also improved on pistol grips for the AR-15 and M4 platforms with the Mission Adaptable Grip (MIAD) that improves ergonomics and has storage capabilities for extra batteries or oil and interchangeable backstraps and front straps. 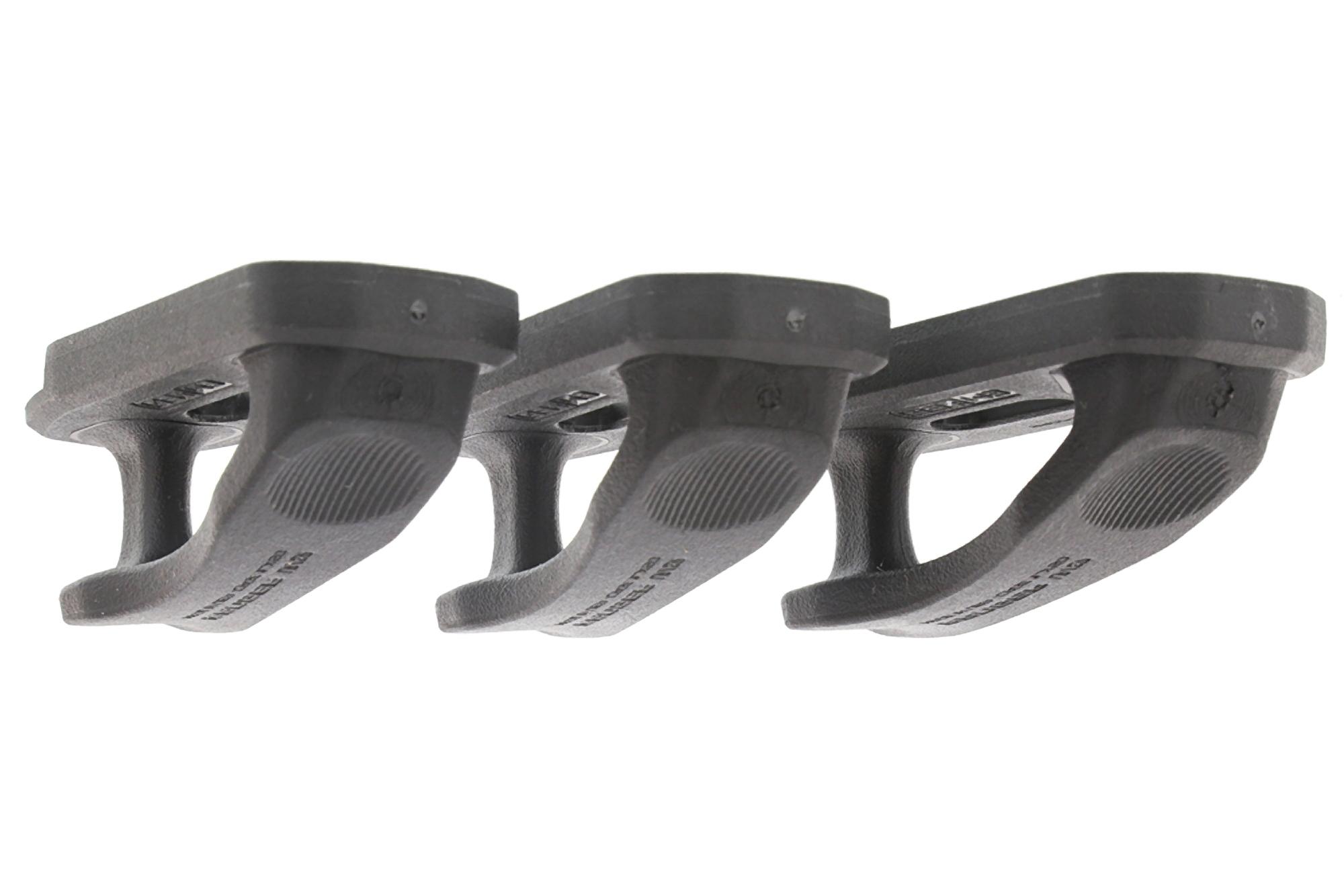 If you thought they had run out of uses for their innovative reinforced polymer, you are mistaken. With optics becoming more reliable and more important, fixed iron sights have become more of a nuisance.

The MBUS polymer sights are spring activated back up sights that stay folded and low-profile when not in use and can be quickly deployed if the optic should fail. This is yet another example of noticing a need for sights that are truly back-up and utilizing their polymer technology to create a lightweight alternative to iron sights.

Now the MBUS Pro have taken over in popularity as they are even more lightweight, slim, and constructed out of durable aluminum.

To make things even better, the MBUS Pro offset sights offer even more functionality as they are canted at a 45° angle to be used in conjunction with large scopes. These canted iron sights are very popular with 3 gun competition shooters because it allows them to quickly switch between their optic and canted iron sights depending on the range of the target. 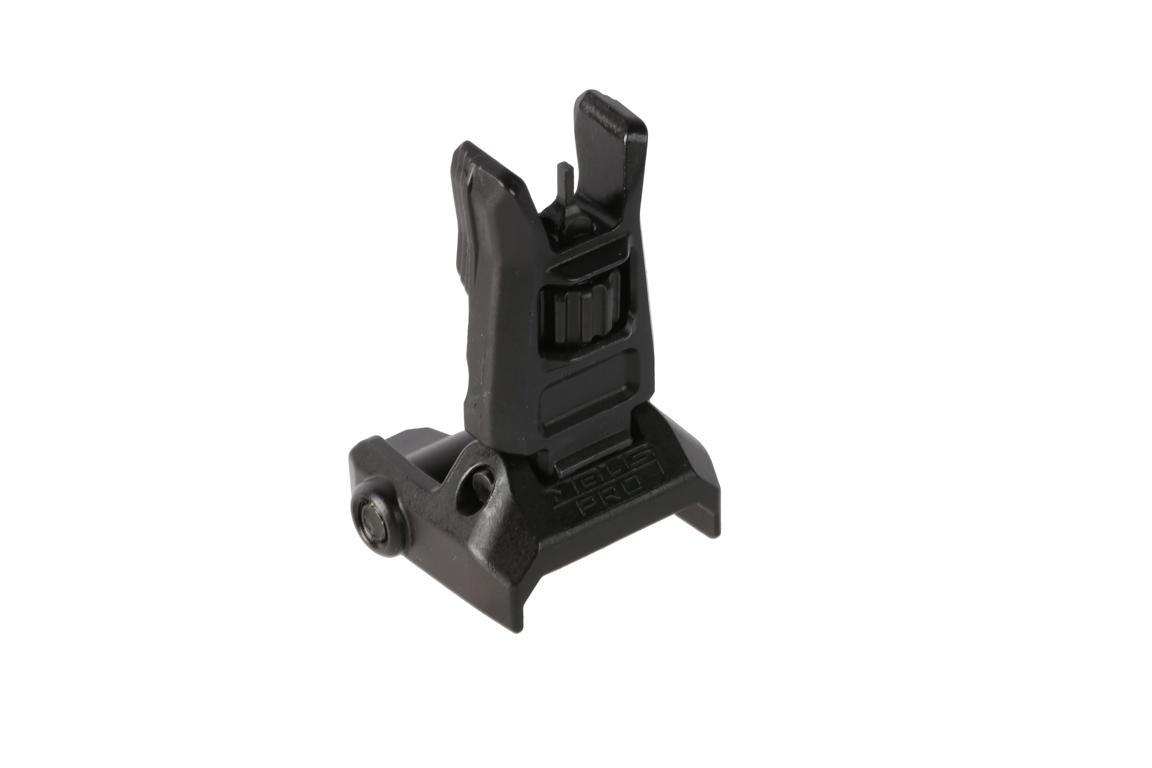 With most suppressor covers being made from Cordura, they can eventually fall apart or slide off while shooting. This suppressor cover fixes this problem by directly attaching to the suppressor and using heat resistant polymer, along with stainless steel, allowing you to handle a scorching hot can.

Not only does it keep your hand cool, but it allows for air circulation around the silencer without trapping heat to help it cool down faster.

With the idea of protection in mind they have also released three pairs of protective eyewear; the Summit, Terrain, and Explorer.

These Magpul shooting glasses are ballistically rated ANSI Z87+ and feature polarized lens so they can be used like normal sunglasses. The low-profile limbs are designed to me comfortably worn underneath ear protection and helmets.

For a company like Magpul Industries, having a mission statement is not enough. The words are meaningless if not put into action every day. They believe in “providing innovation to the individual in the shortest time” and it is how they have created so many innovative products in the firearms industry that civilians, law enforcement, and military personnel choose to rely on.