upgrade your rifle with a timney trigger

The most common upgraded part of an AR-15 rifle is the trigger. It is one of the simplest components to replace that can offer huge improvement to reliability, safety, and accuracy related benefits like a light trigger pull with a crisp break.

There is also a wide variety of triggers designed for specific applications from tactical applications to competition shooting to hunting. It is the wide range of benefits and trigger types that earned Timney Triggers a spot as one of the most popular aftermarket AR-15 trigger companies in the world.

However, they weren’t always the manufacturer with the largest selection of semi-automatic triggers. They got their start producing custom single stage triggers for WWII era bolt action rifles.

At the end of WWII, the United States saw a rise in the popularity of target shooting sports. Naturally, people would try to find every advantage to get an edge on the competition.

Allen Timney saw this need and built this company from his garage to serve the needs of shooting enthusiasts with high quality aftermarket triggers for surplus rifles like Mauser, Springfield, and Enfield. These single stage triggers are still in production today and have expanded to include over 170 different models in a variety of different pull weights, trigger shoe designs, and more.

They followed the progression of shooting sport competitions and naturally evolved from producing triggers optimized for the Civilian Marksmanship Program (CMP) to triggers designed to win fast-paced 3-gun matches.

Installing a Trigger is as easy as punching out the Mil-Spec trigger pins and placing the drop-in fire control group in place of the old trigger group. The self-contained design of the AR-15 and AR-10 competition triggers makes it extremely easy to install while providing a substantial upgrade over Mil-Spec triggers. They believe in building fire control groups that are precise, reliable, and versatile.

The AR-15 competition trigger is designed to win matches. They have multiple trigger bow styles like a traditional curved, a skeletonized curved, and the popular flat style.

Each of these styles offer their own unique feel that is highly subjective, however, many professional shooters claim a flat trigger reduces perceived pull weight. The pull weight on these triggers is offered in 3-, 4-, or 4.5-pound versions with a single stage break. The trigger breaks consistently every time with zero creep and minimal over-travel to ensure accurate shot placement and fast target transition. 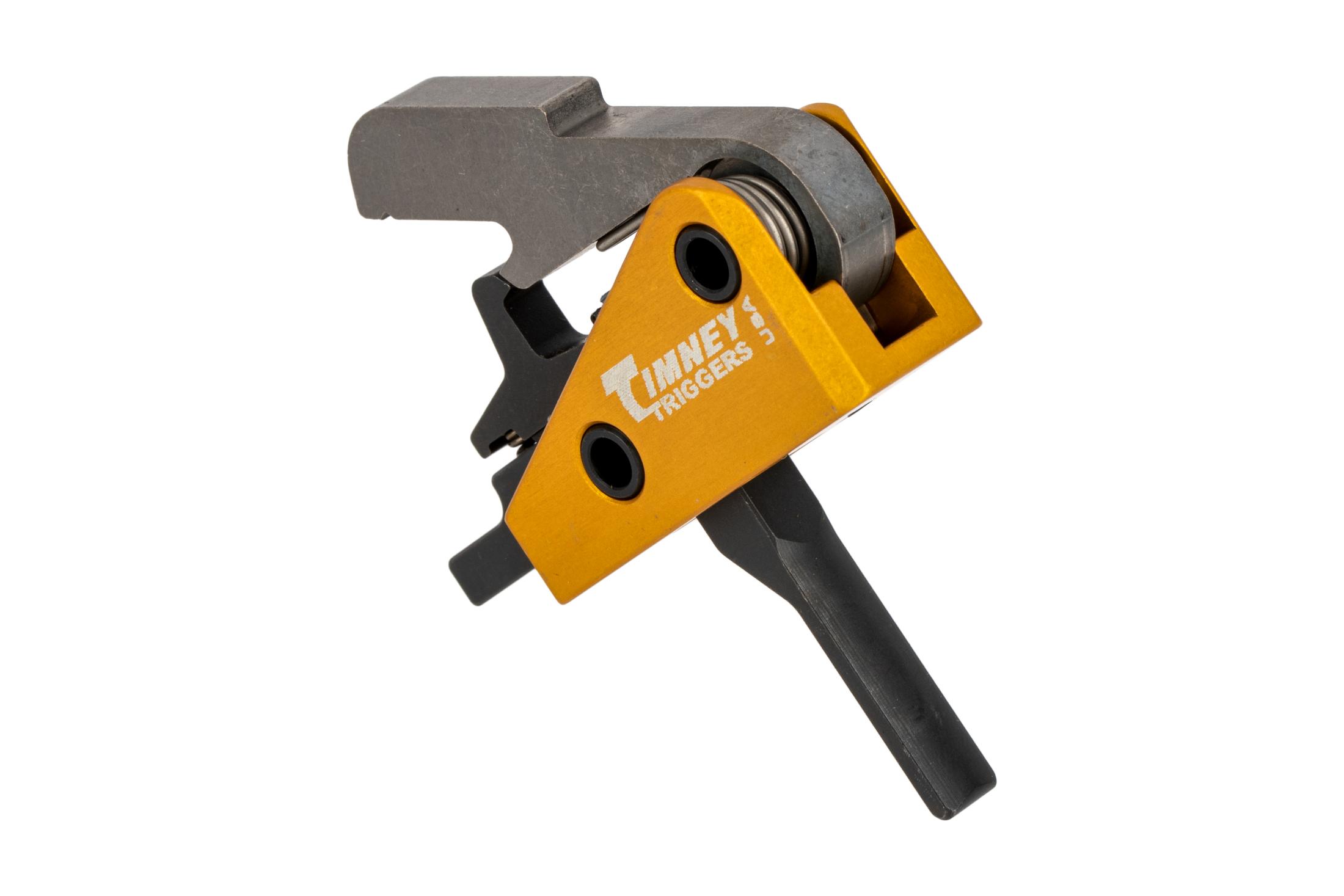 For maximum compatibility between rifles, these single stage triggers are offered in Mil-Spec and Large trigger pin dimensions for older Colt pattern rifles. Even though the AR-15 is most popular for 3-gun, the AR-10 is still a popular competition platform and triggers are manufactured for them as well.

The AR-10 competition trigger has the same options as the smaller AR-15 but only comes in a 4-pound trigger pull option. The single piece design is machined from 6061-T6 aluminum alloy which is anodized for superior durability.

The hammer is wire EDM machined from S7 tool steel and has a nickel coating for increased strength and lubricity. The rest of the trigger components are EDM cut from A2 tool steel and properly heat treated and hardened to withstand heavy use after long periods of time. When speed is not important, and accuracy takes precedent, they have a trigger that will do the job too. 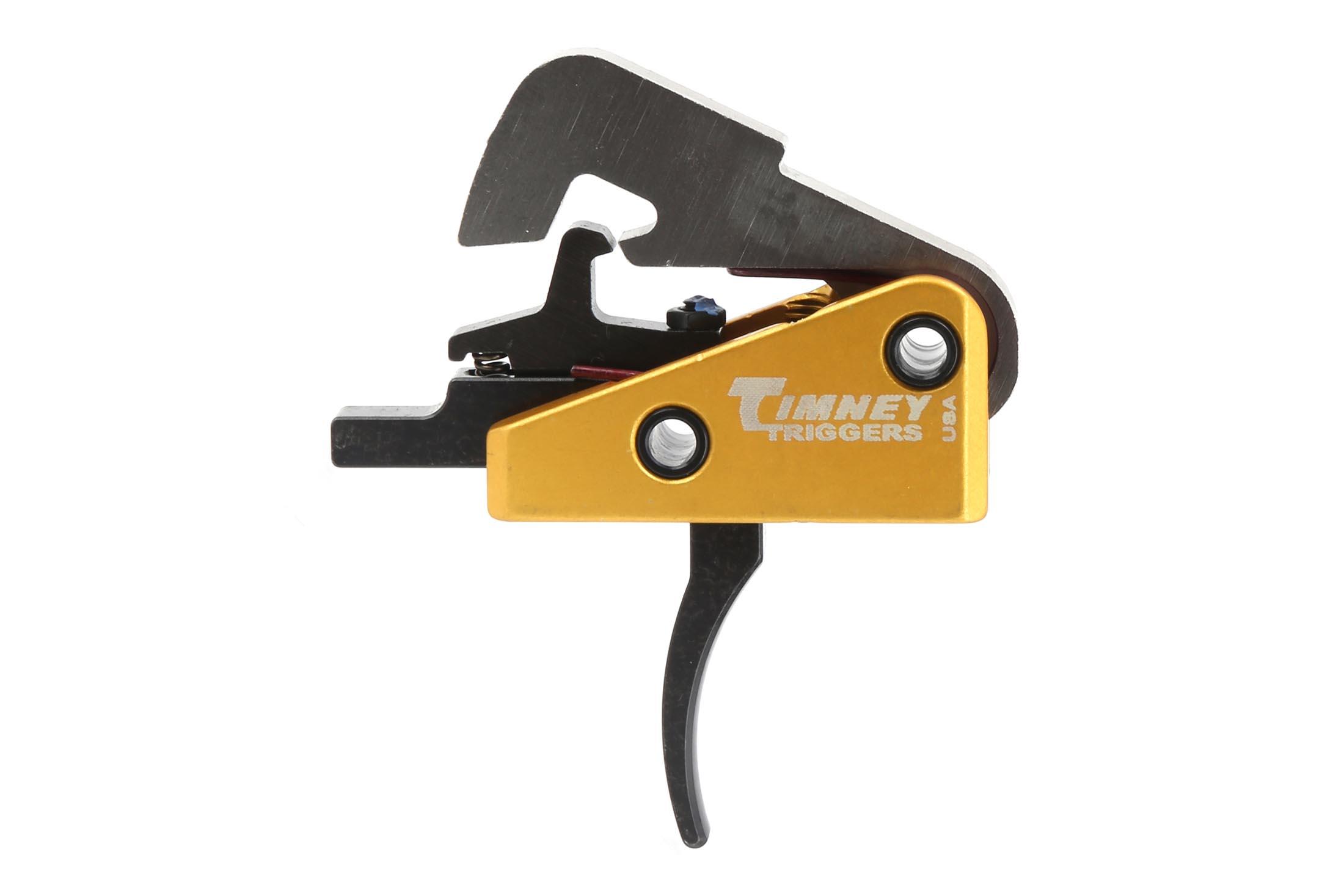 They got their start with sporterized bolt action milsurp rifles and have since expanded their lineup to include modern rifles from Remington, Tikka, Mauser, Winchester, Savage, and many more. They build highly adjustable single and two stage triggers designed for small groups in targets or big holes in game. When the shot needs to count their triggers can be trusted to get the job done.

The Tikka T3 Trigger is a top of the line replacement for the stock T3 trigger, so target shooters can take full advantage of the accuracy potential of this rifle. It is fully adjustable for trigger pull weight, overtravel, and sear engagement to achieve the perfect break on every shot. This two-stage trigger is great for hunting as it gives the shooter some breathing room to release the trigger if they don’t want to take the shot.

However, if they do, all that is needed is slightly more pressure and a round will be sent down range precisely where it was supposed to go. If target shooting is preferred, perhaps the Remington triggers are the way to go.

Just like the AR triggers, the Remington triggers come in multiple designs, pull weights, and rifle models to satisfy any shooter’s preference. The Remington 700 triggers can be had with either a flat or curved trigger bow as well as a black or nickel-plated finish. They can be adjusted from 1.5 to 4lbs and feature side mounted safeties on the left or right side. These featherweight deluxe triggers are hand-fit to provide optimal performance in any rifle in which they are installed. A step higher are the Calvin Elite Remington Model 700 triggers which offer even greater adjustability and feature a Carbo Nitride coating. Not only do they make triggers for the model 700 rifles, they make triggers for the model 600, model 7, and 788. 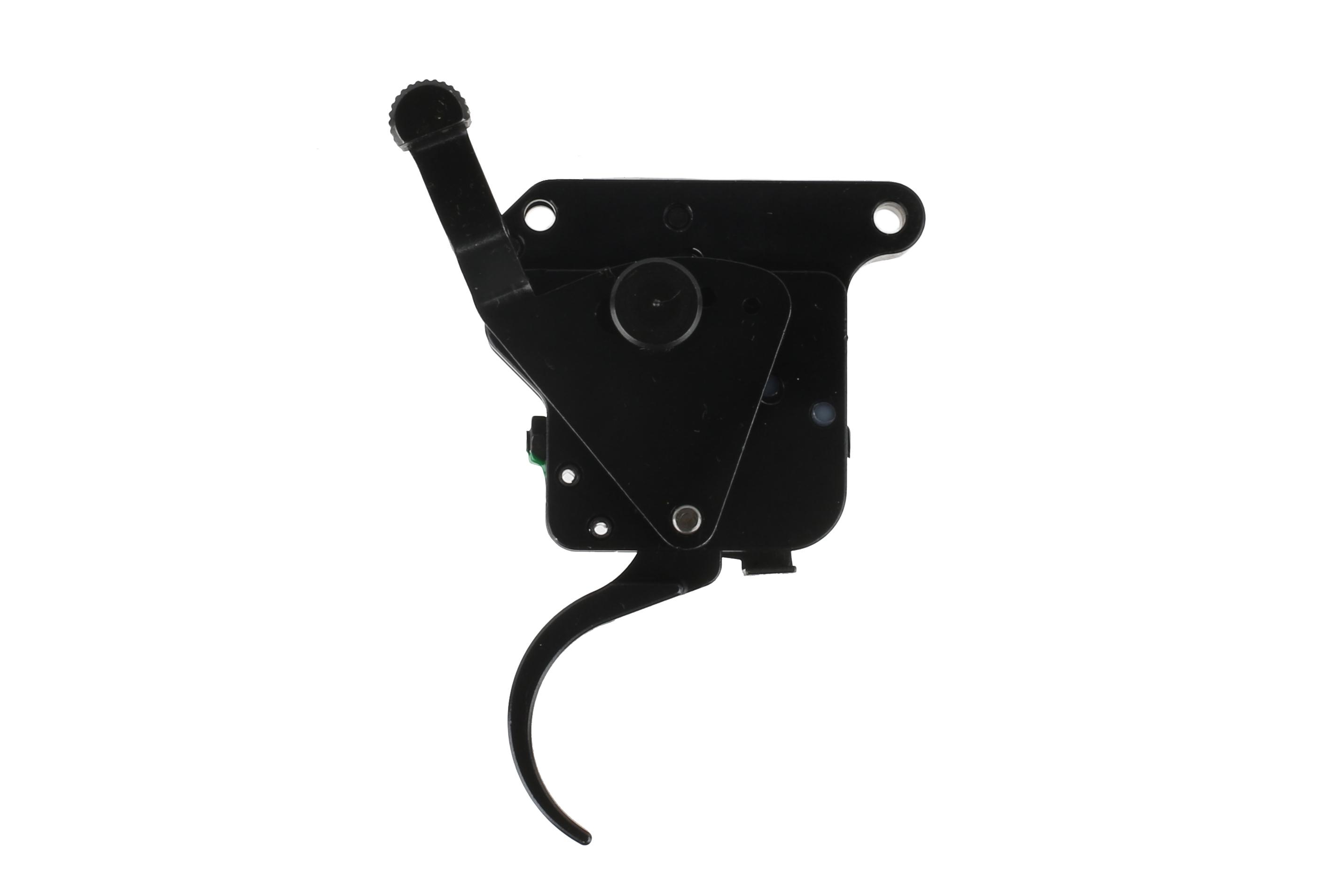 The main problem with bullpup triggers is a heavy and “mushy” trigger pull. The Tavor trigger pack aims to defeat that trope as it offers a two-stage trigger pull that is comparable to AR-15 match triggers. Just like the AR triggers, it comes in a billet aluminum housing that can be easily installed by popping a few pins and dropping it in. This drop-in trigger design is a main feature of all their triggers and is carried over into the FN SCAR series of triggers. 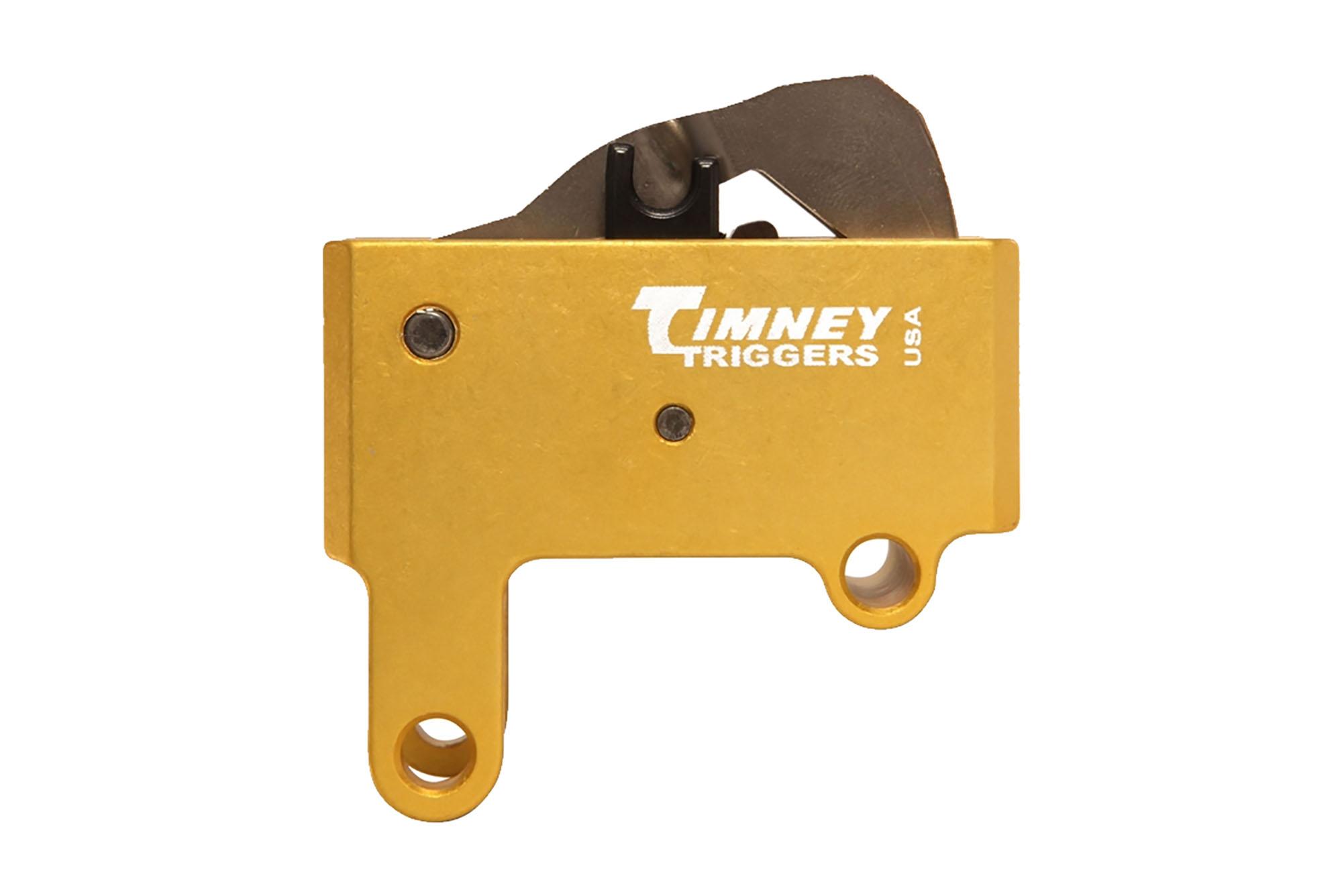 Just like Tavors, the factory trigger on FN SCAR rifles are sub-par at best. The featherweight triggers offer a substantial improvement by decreasing pull weight and having a consistent, defined breaking point. The SCAR 17 trigger features a Teflon nickel coated hammer with a full-strength spring that will reliably ignite hard military surplus primers. The SCAR 16 trigger features the same nickel coated hammer but is optimized for the 5.56 cartridge.

Ruger 1022 rifles can be customized with aftermarket parts to the point of not having a single Ruger manufactured part on them. They saw this as an opportunity and developed a 1022 trigger assembly that contains everything needed to swap triggers. The one-piece aluminum housing comes standard with an auto bolt release and extended magazine release that help to improve functionality.

Timney Triggers is ultimately a customer focused company. They believe in listening to the consumer to bring the most popular products to market, while using their state-of-the-art manufacturing facility to ensure high quality standards are always met. With a company built by firearms enthusiasts for firearms enthusiasts, they are dedicated to creating “the world’s finest triggers.”