3-gun, USPSA, and other competitive shooting leagues have become increasingly popular in the United States in recent years. As a result, many companies have begun to offer aftermarket components, each one claiming their product will improve performance.

However, it was not always that way. Not too long ago, competitors were left to modify their own firearms or pay large sums of money to have them custom-made. For a long time, the 1911 was one of the most popular competition guns and is still very popular in open divisions. Until a new company shook up the shooting world.

ZEV Technologies was founded in 2008 and gained popularity by bringing custom competition grade performance components to the Glock pistol platform. They focus on providing competition shooters with high quality components that truly improve performance on the shooting line.

With the release of the first drop-in trigger kit for Glock handguns, people could easily upgrade their G17 or G34 without having to pay a gunsmith. Now they can experience the benefits of a competition trigger in a stock pistol. Suddenly, the striker fired polymer pistol began to have traction as a viable competitive option. 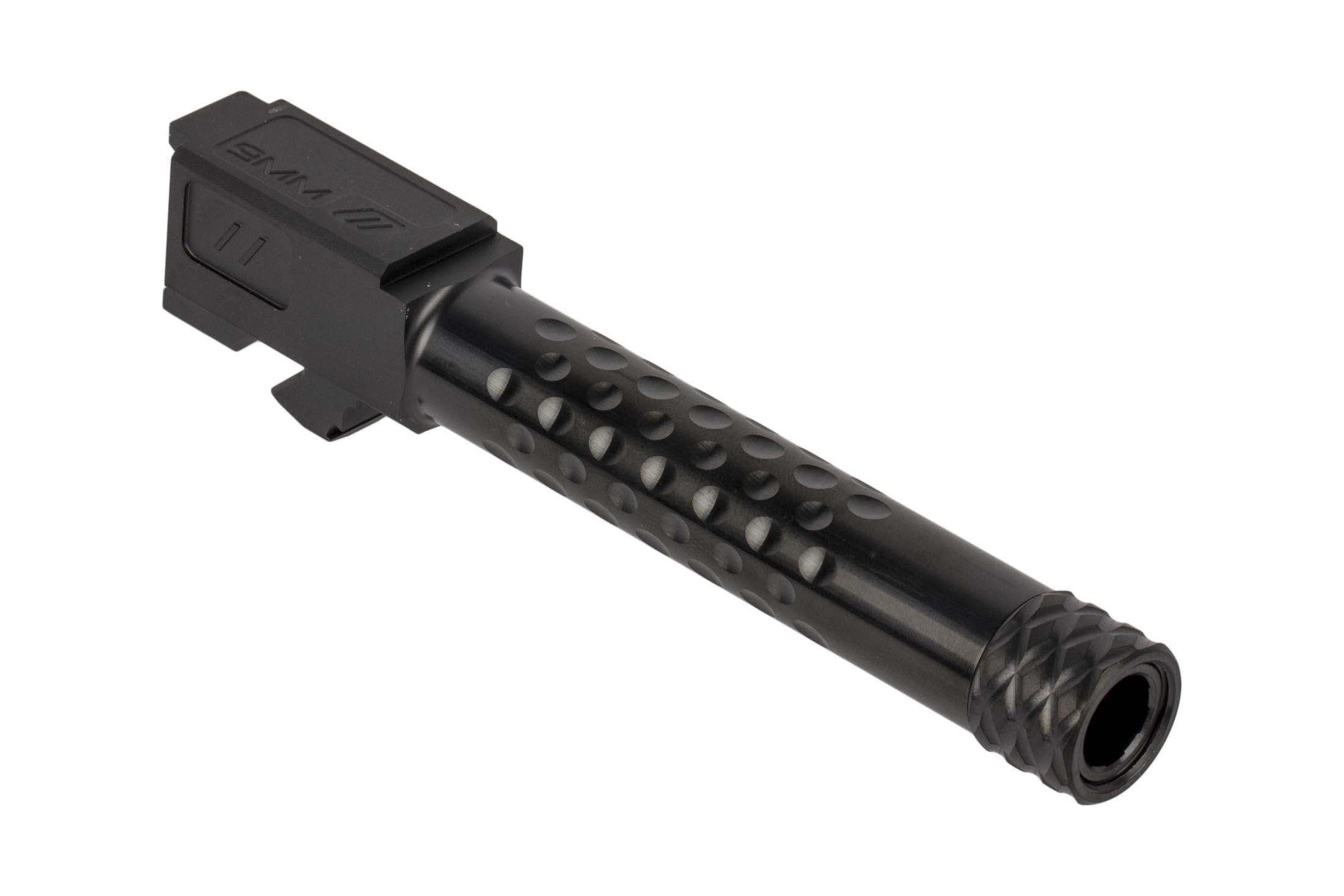 They extended their lineup of competition parts to include lightweight strikers, barrels, titanium pin sets, and more. Now they provide the largest selection of replacement Glock parts and is constantly growing because of the popularity of competition Glock pistols that they helped create. This is a direct result of their innovative drop-in trigger system.

They practically created the market for adjustable competition triggers in Glock handguns with the Ultimate Fulcrum Trigger kit. They offer trigger kits for all Glock models from the 1st generation to the 4th generation with a Pro line of triggers for the Gen 5. This trigger became so popular because of the reduced travel, crisp break, and consistent pull weight.

It also features a wider and more ergonomic trigger pad and safety that are much more comfortable to use and ensures correct finger placement to reliably deactivate the safety. When paired with the lightweight striker, the time between trigger break and primer ignition is shortened resulting in even greater accuracy potential. 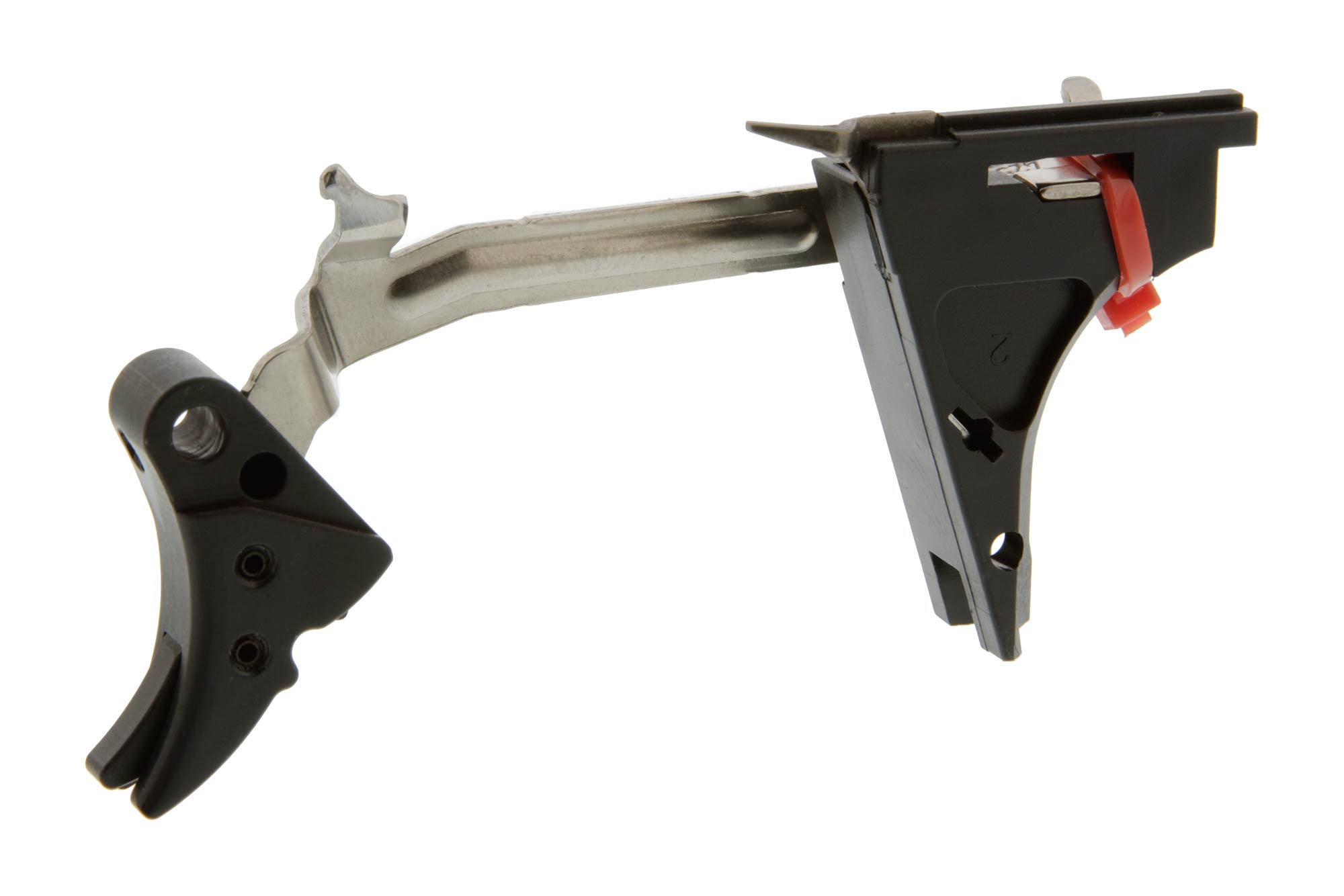 The V4 Skeletonized Firing Pin is machined from stainless steel and often combined with the competition spring kit. The lighter weight of the striker, as well as striker spring, result in a higher velocity that ensures reliable primer detonation without the risk of over penetrating the primer pocket.

Having a higher velocity striker means that the margin of error between fully activating the trigger and the bullet leaving the barrel is decreased. Additionally, a high-quality barrel will eliminate all notion of an inaccurate gun placing all the blame of a missed shot on the shooter.

They manufacture a large assortment of match grade barrels in a variety of finishes for the G17, 19, and 34. The 416R barrels can be had in either stainless steel, black DLC, or burnt bronze and have the option of being threaded for the Pro Compensator or suppressors.

These drop-in barrels also feature dimpled fluting to increase surface area of the metal, increasing the rate at which the barrel cools. However, this function is minimal and more about aesthetics than performance. With accuracy taken care of, the last upgrades needed are related to speeding up reloads to decrease split times. 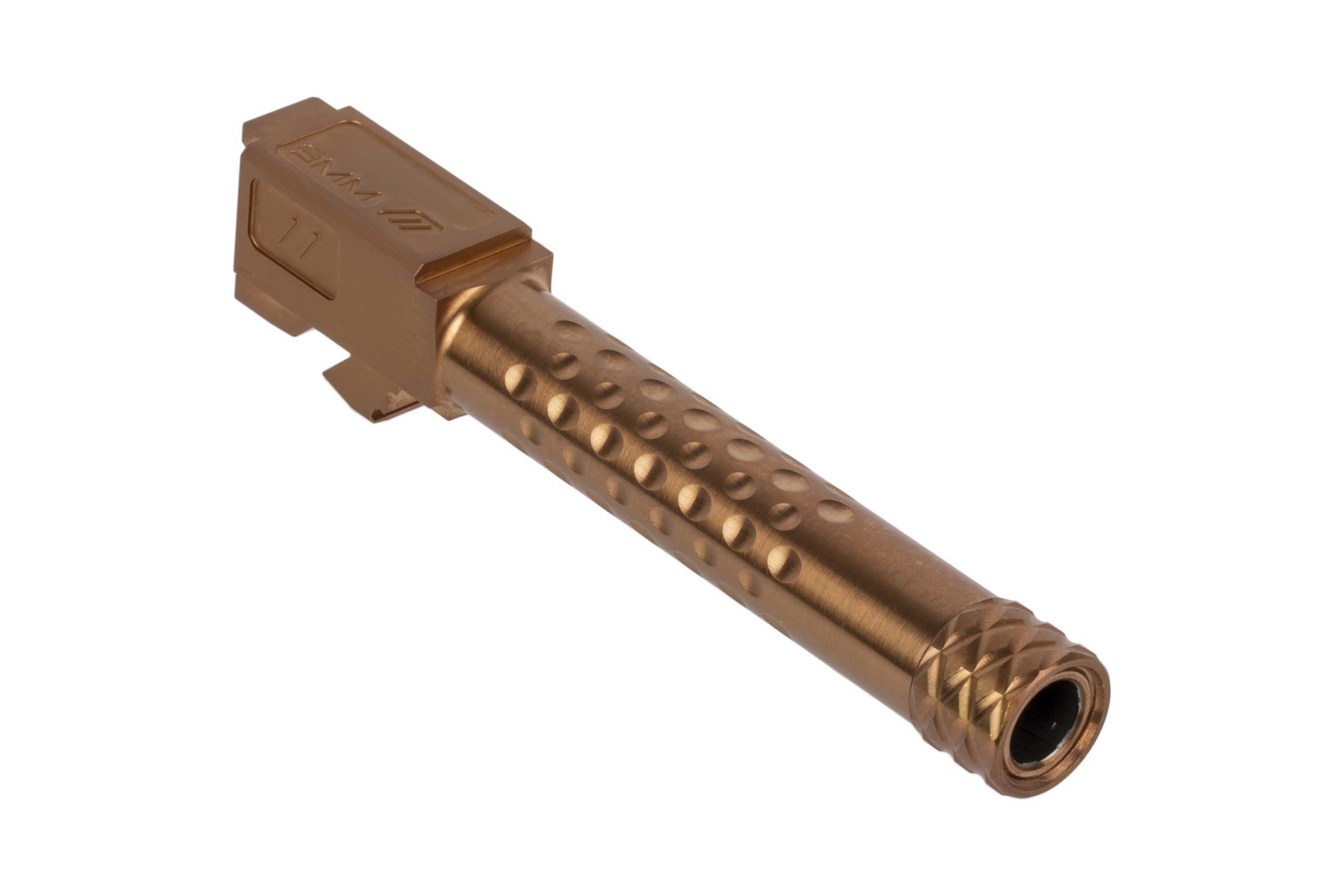 The extended magazine release is a drop-in part that features a textured oversized button that is easy to press without changing grip. It is CNC machined from billet aluminum and hardcoat anodized making it much more durable than the plastic factory mag release.

It is also easier to use when under the stress of a timer, allowing for faster magazine changes and getting the shooter back on target to complete the course with the best time. 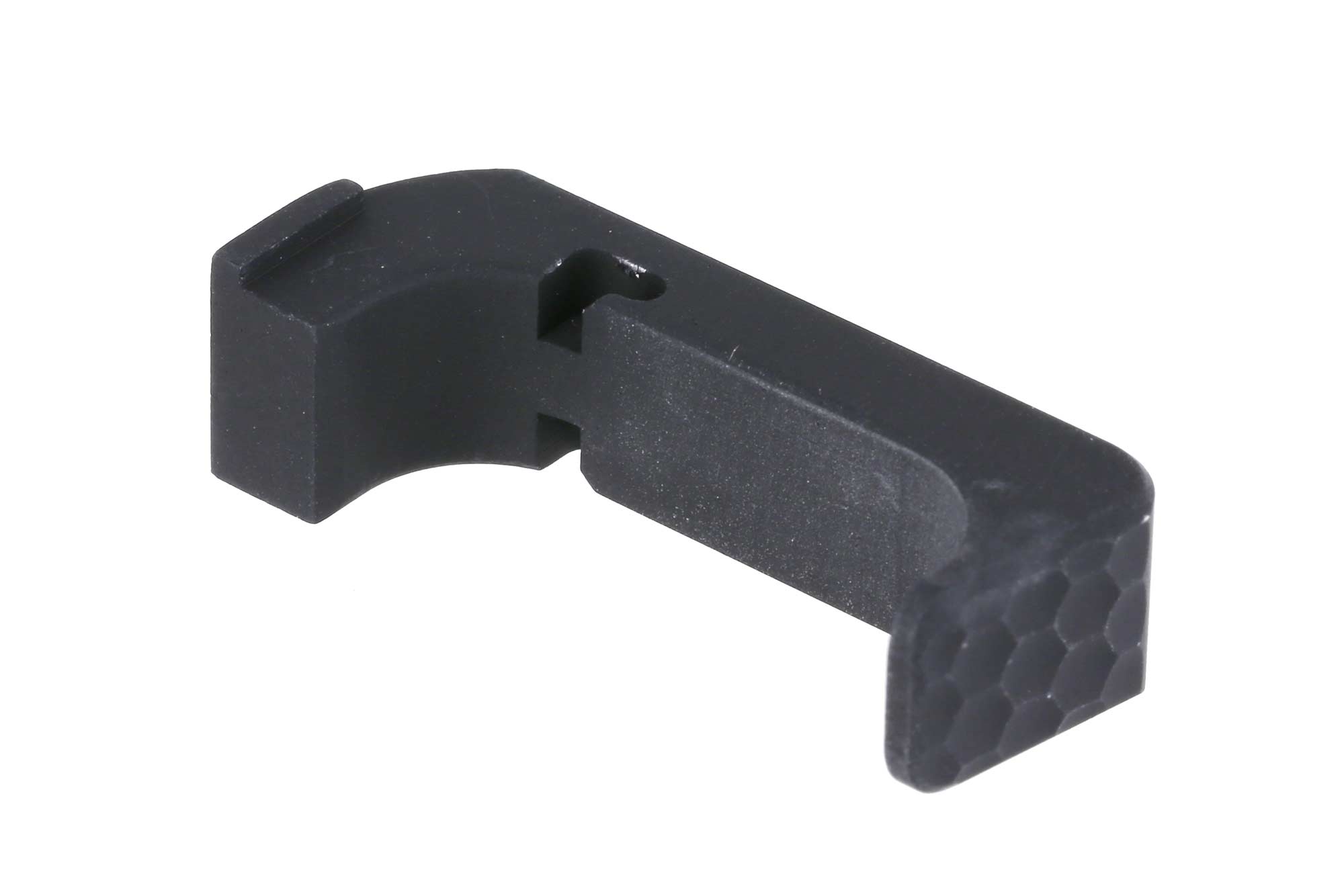 Releasing the magazine is only step one of a fast reload. Inserting a new mag with time induced stress can be a slow process without the Pro Plus Universal Magwell. It is an aluminum one-piece design that fits inside the stock magazine well.

The wide flared base guides the magazine into the grip and helps to build muscle memory for consistent reload times. The crucial fractions of a second that the flared Magwell shaves off competition times — as well as the quality of all their other performance parts — are the reason why competition shooters all around the world choose ZEV Technologies. 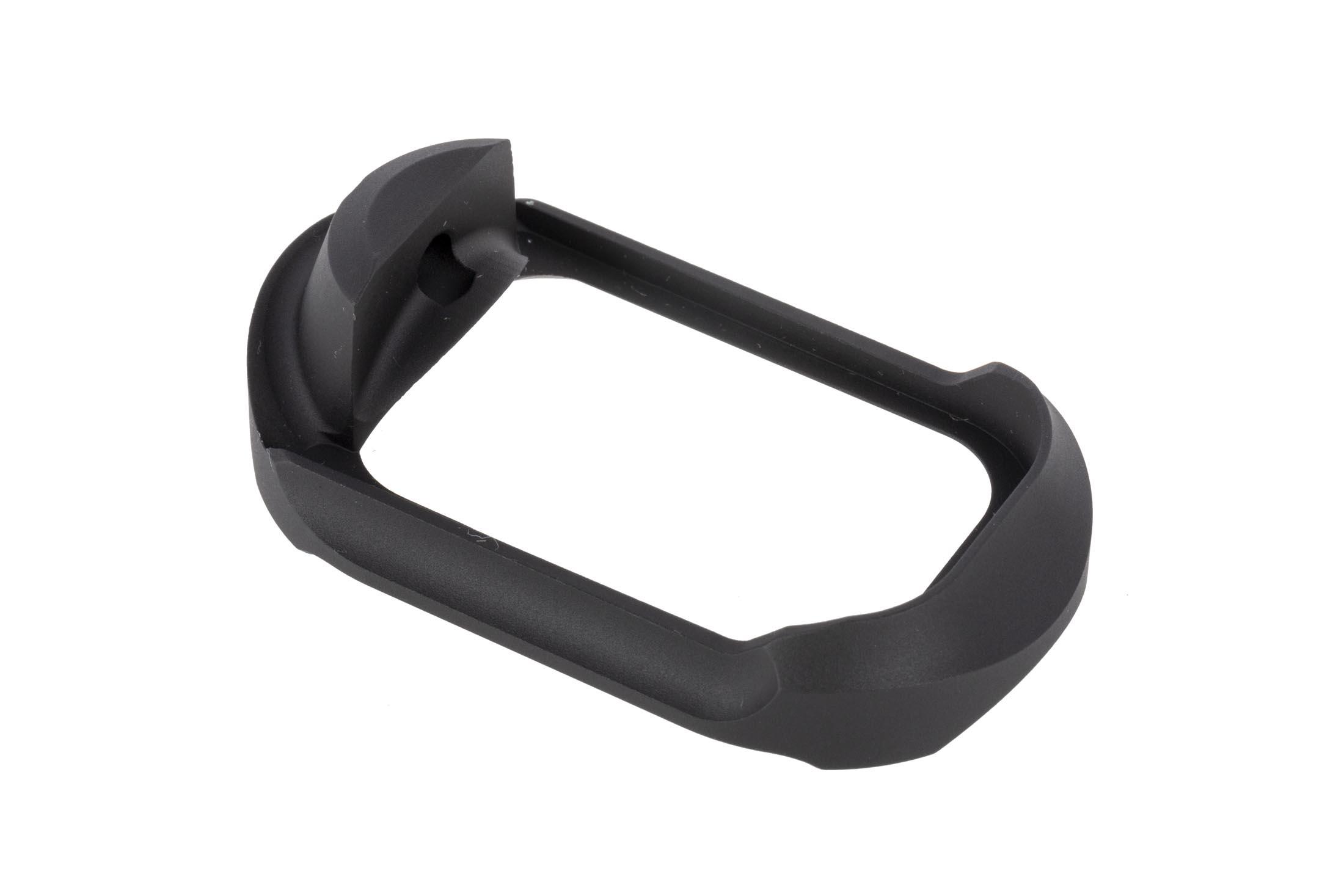 Even though they got started with aftermarket competition Glock parts, they have since expanded into the AR-15 and AR-10 realm offering competition parts like ambi charging handles and free float handguards. 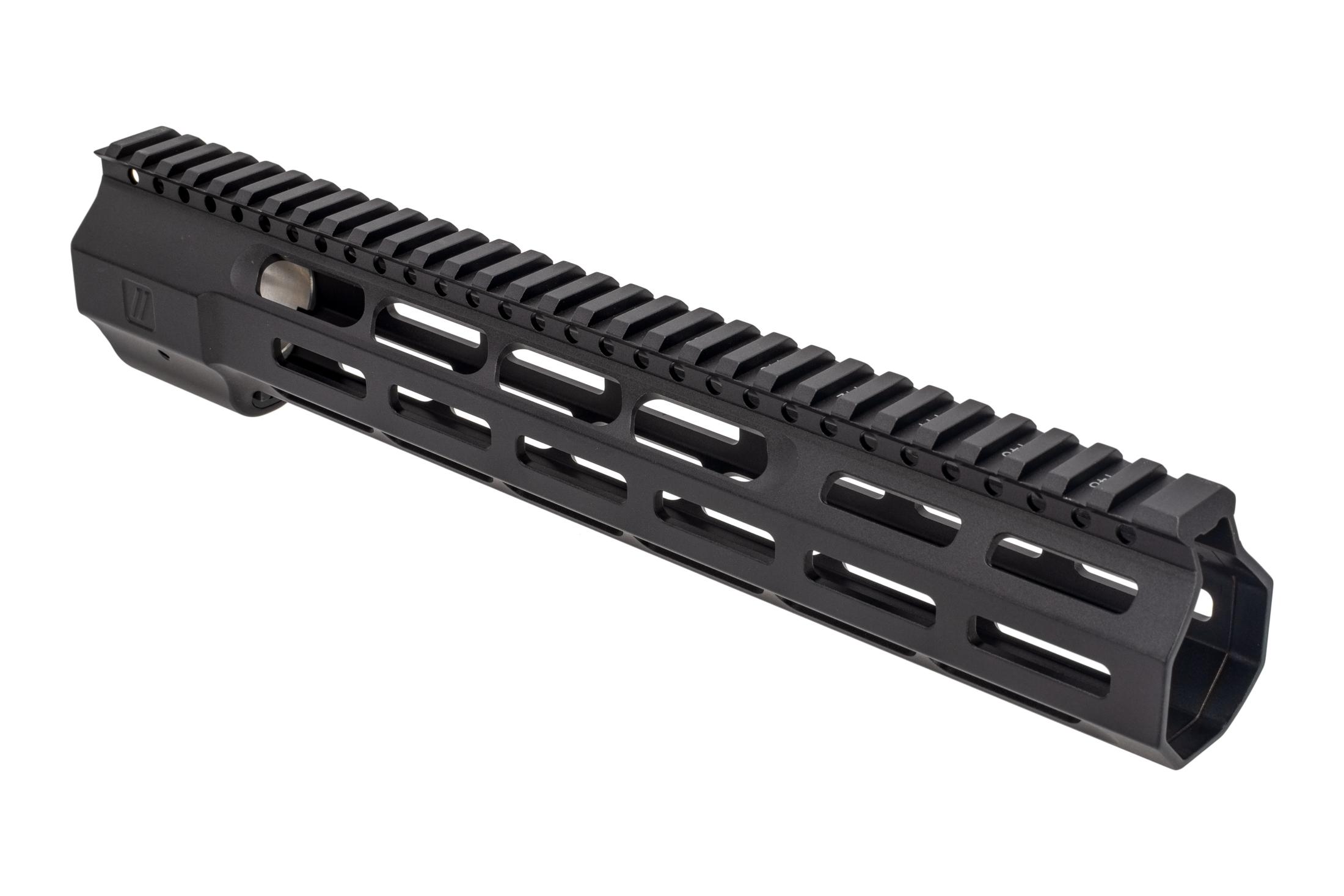 Just like Glock, the AR platform has taken over as the most popular 3 gun competition rifle and they are dedicated to creating products that perform flawlessly.

Their Slide Lock Ambidextrous Charging Handle allows the shooter to quickly charge their weapon even if they have a scope attached. The enlarged and textured handle makes it easy to grab from either side.

It has a latch-less design which reduces the amount of moving parts that can potentially break, and it is Nitrided for smooth function. This charging handle is designed to be used with the their billet upper receivers.

The billet receiver set enhances the functionality of the AR platform by offering many improvements such as a flared magwell, enlarged trigger guard, and ambidextrous magazine and bolt release all included in one package. It is machined from 7075-T651 aluminum and hard coat anodized black.

The upper and lower receiver are precision cut to ensure there is no wobble in the assembly, which can result in loss of accuracy. The billet lower and upper receiver are also compatible with Mil-Spec parts.

The forged upper and lower receiver set offer the same durable 7075 aluminum and anodized finish while being placed at a lower price point. They start with aluminum forgings and machines them to Mil-Spec dimensions for maximum compatibility with aftermarket parts and accessories.

This ensures that the upper and lower receivers are made to the tightest tolerances possible. The upper receiver is laser T-marked and has M4 cut feed ramps for reliability with a large assortment of ammunition. 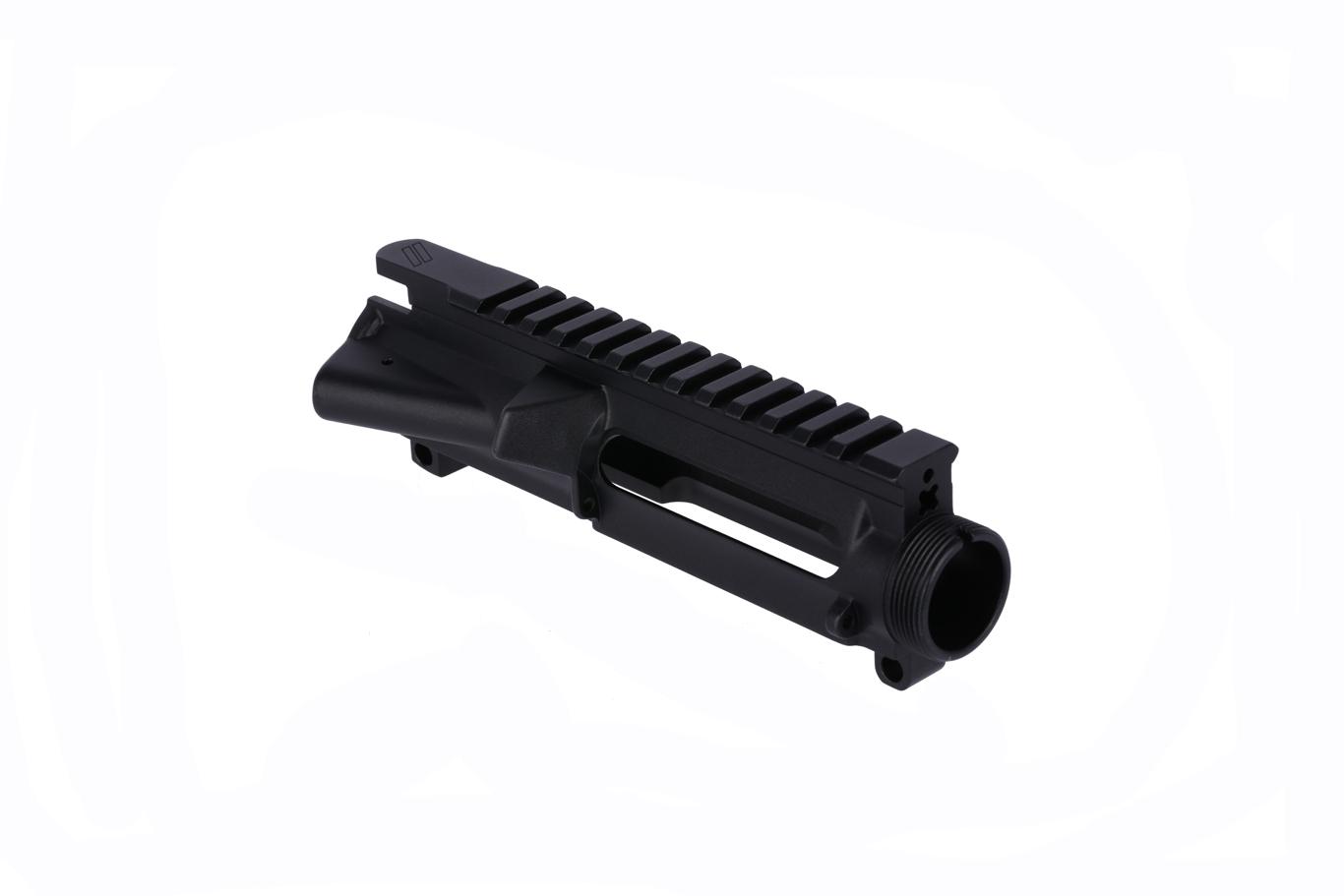 This company is one of the fastest growing companies in the firearms industry and they are showing no signs of slowing down. They are continuing to produce new competition parts for Glock and AR style firearms that adhere to their philosophy: any product they make has to be the best product of its type on the market.