START YOUR BUILD WITH AN AR 15 Lower

The AR-15 is one of the most versatile rifles ever made, largely because of the platform’s modularity.

The AR upper and lower receivers mate together to make the complete rifle. 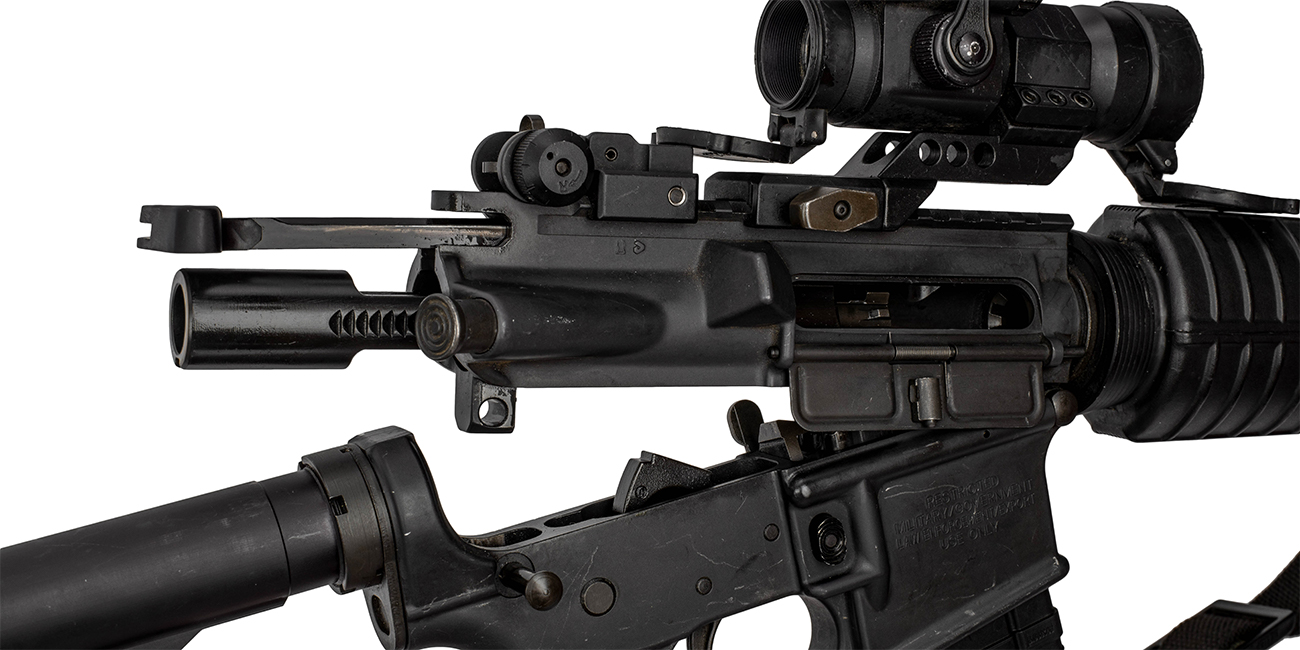 It’s important to know when you’re in the market for an AR lower receiver, that the lower receiver is the only part of an AR-15 that the BATF legally recognizes as a firearm. That means a few things.

All the other parts get shipped right to your door. A lower, however, must be shipped to an FFL dealer. A Federal Firearms License allows a local gun store to accept the firearm, and then transfer the firearm to you after a background check and the Firearms Transaction Record Paperwork Form 4473 are complete.

The AR-15 lower receiver is constructed from the same aluminum alloys found in everything from the car you drive to aircraft and even fishing reels.

This lightweight yet strong alloy contributes to the versatility of the platform. When you’re buying your receiver, it will specify exactly what alloy was used in construction, as well as the method by which the lower was made. 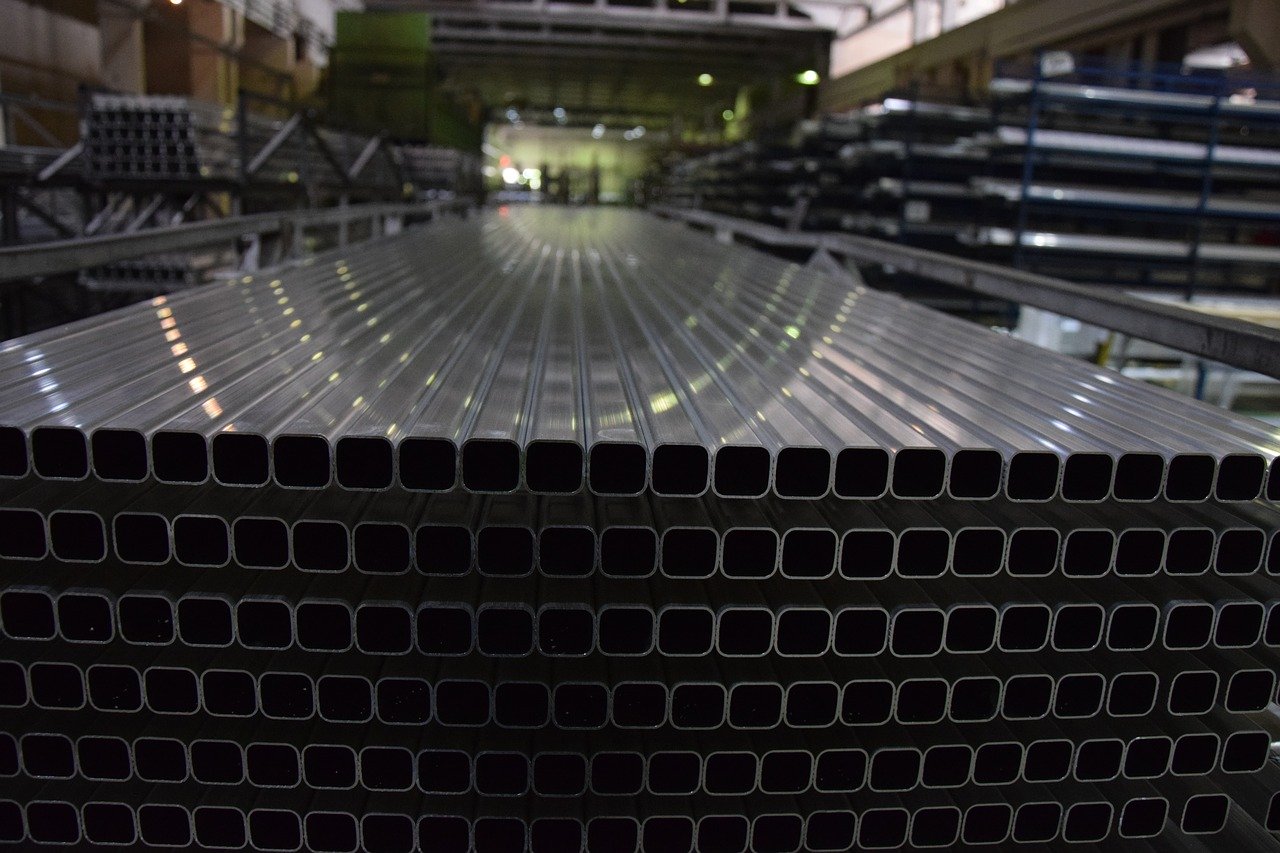 Lower receivers will be made from either 6061-T6 or 7075-T6 aluminum, and the differences pretty much boil down to two things: strength, and resistance to corrosion.

The aluminum alloy 6061-T6 is not MIL SPEC, but don’t let anyone tell you that it isn’t good enough for your next rifle. It is more affordable, more corrosion resistant, and it’ll do the job just fine.

That being said, 7075-T6 is almost twice as strong. It’s a little more expensive because it is harder on the CNC machines and the tools involved in making them. 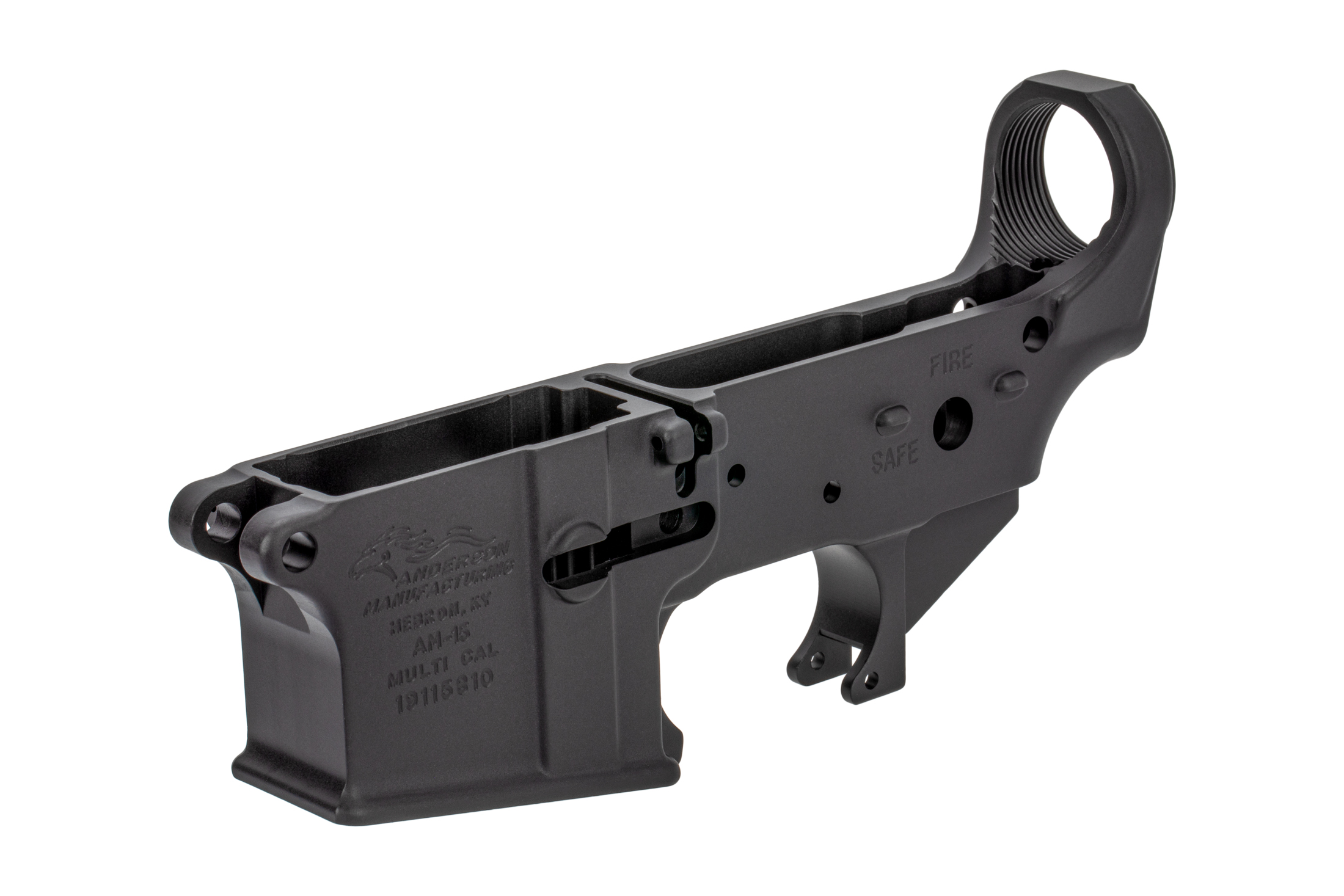 The cost difference is pretty minimal, though, so why not have the peace of mind of MIL SPEC?

There’s four ways manufacturers go about making lower receivers, and each way will contribute to the characteristics of the lower as well as the price.

By far the most common and widely available type of lower is the forged lower. These lowers start out as a solid block of aluminum and are forged into the general shape of the final product by large hydraulic hammers.

From there, manufacturers will finish the product on a CNC machine. This part of the process allows the manufacturer to impart some uniqueness such as removing sections of material to lighten weight, or adding cuts that stray from the look of a standard MIL SPEC receivers.

It’s also a relatively quick manufacturing process, so this style of lower can be mass produced most easily. 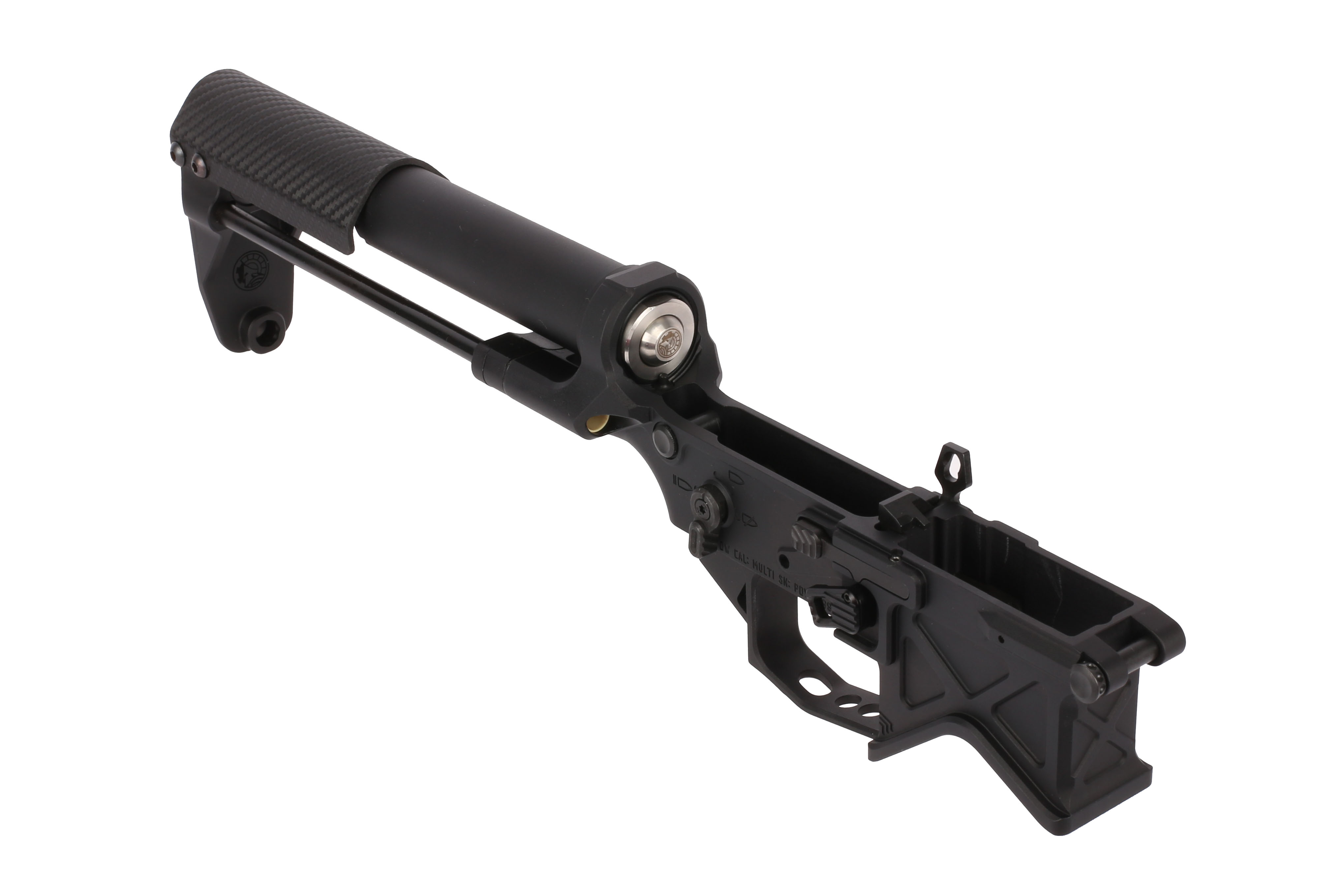 This process doesn’t involve large forging hammers pounding out the shape, but rather material is removed from the billet slowly and methodically until all that remains is a functioning lower receiver.

Billet lower manufacturers take advantage of this manufacturing process to get creative with the design of their lowers and the results can be pretty awesome albeit more expensive.

An increasingly popular example of that is a skeletonized lower receiver, which is a lower with a significant percentage of the material removed so that what remains is a “skeleton” of a lower. like this one from our friends at F1 firearms. 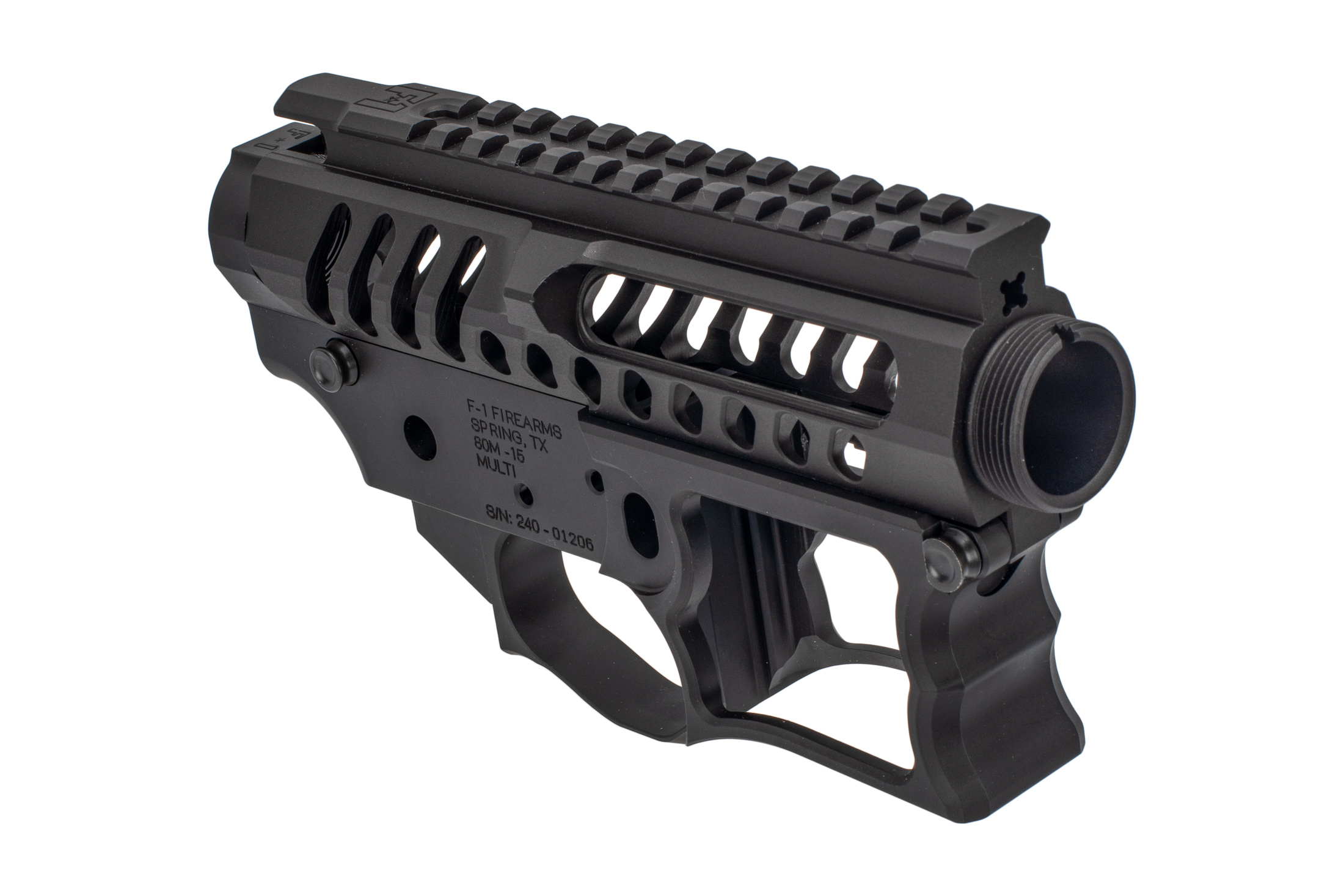 These are extremely lightweight and good for competition builds or race guns. If you’re choosing a lower receiver based on how sweet it looks, or how lightweight it is, you’re probably going to want to check out a skeletonized lower.

The last method of making aluminum lowers is to cast the lower, using liquid metal poured into a mold.

As the material cools and hardens, the lower is removed from the cast and finished on a CNC machine.

During the cooling process, the material forms a loose crystalline structure which means cast lowers are weaker than lowers made by the other two methods.

Cast lowers are not widely available, and most quality AR lower manufacturers do not use this method to make their products.

Primary Arms doesn’t sell any cast lowers, and that’s because we would never choose to build an AR-15 with a cast lower. There’s just no reasonable need to do so when stronger, more reliable lowers are so affordable. 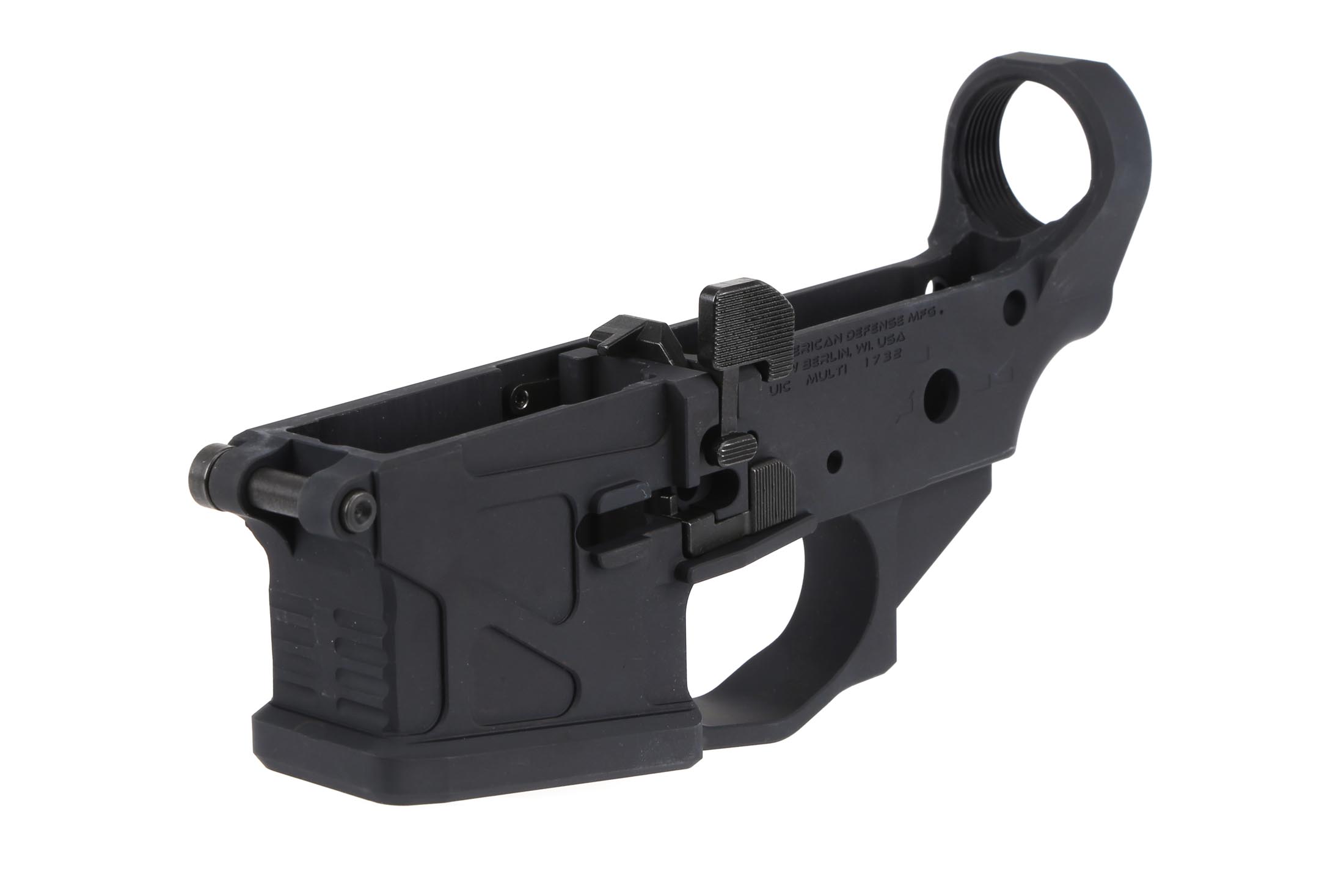 Shop All of Our Lowers

But if you do ever come across one at a gun show or your local firearms store, it is important to know that it’s certainly the weakest, and not up to military specifications.

The U.S. MIL SPEC requirements for lower aluminum lower receivers require the part to be finished by hardcoat anodizing.

This chemical process gives the part durability and improved lubricity. By placing the lower in a sulfuric acid bath and applying an electrical current, an even layer of aluminum oxide forms over the entirety of the lower. 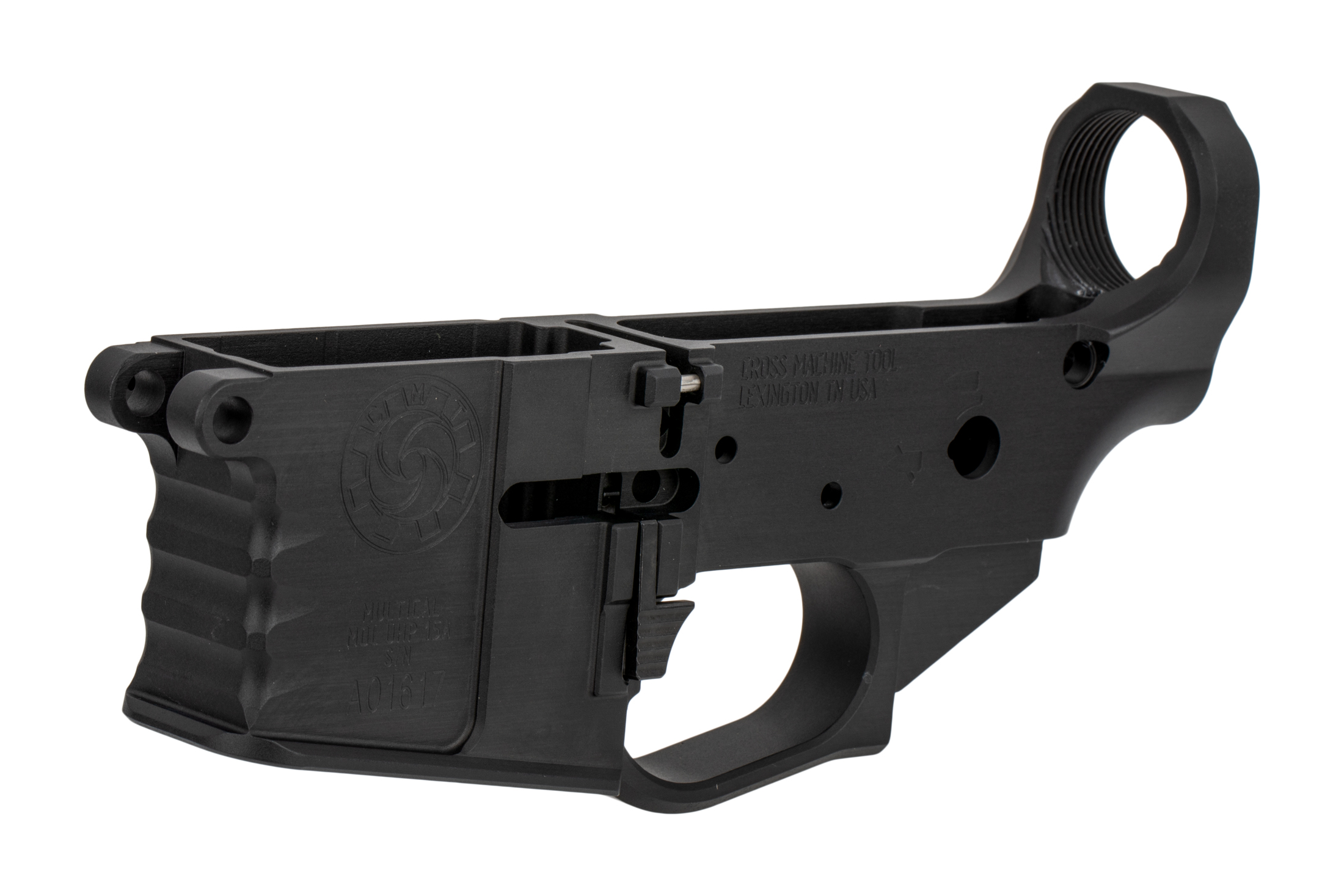 Its uncommon to find commercially sold receivers that haven’t undergone the anodizing process, BUT, many manufacturers are taking the finishes of their products a step further than the anodized MIL SPEC baseline.

For example, WMD Guns use their patented NiB-X Nickel Boron coating on the entire receiver, improving the lubricity, corrosion resistance, and friction coefficient while giving the part a smooth, shiny finish well above MIL SPEC.

Many other proprietary coatings exist and can impart incredible design effects and color combinations to give your rifle a custom look that is personal to you.

Duracoat, Cerakote, and other popular coating processes are layered on top of an anodized receiver using any colors you want. 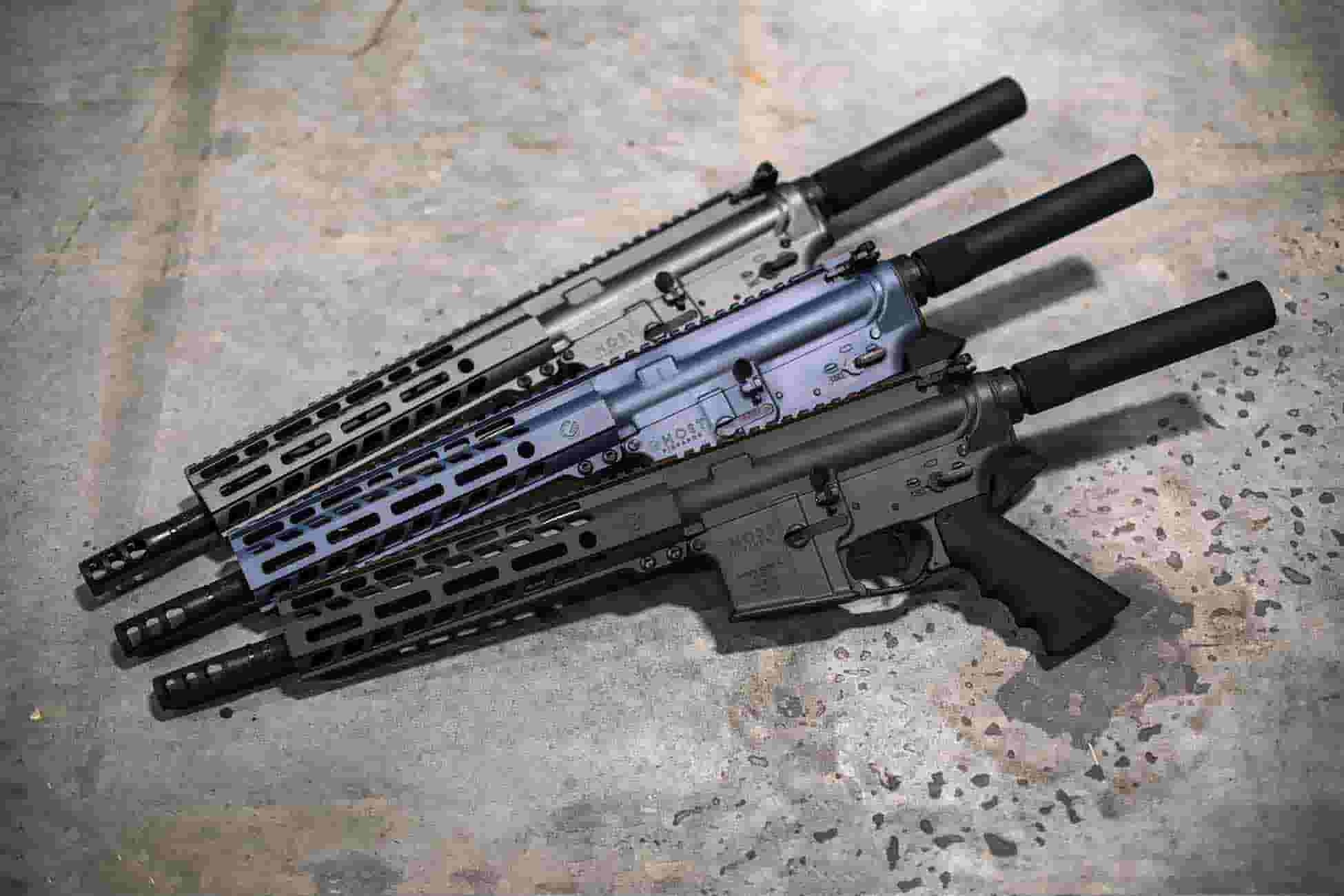 With these coatings it’s now easier than ever to make your standard Black Rifle stand out from the crowd. *Photo curtesy of F1 Firearms.* 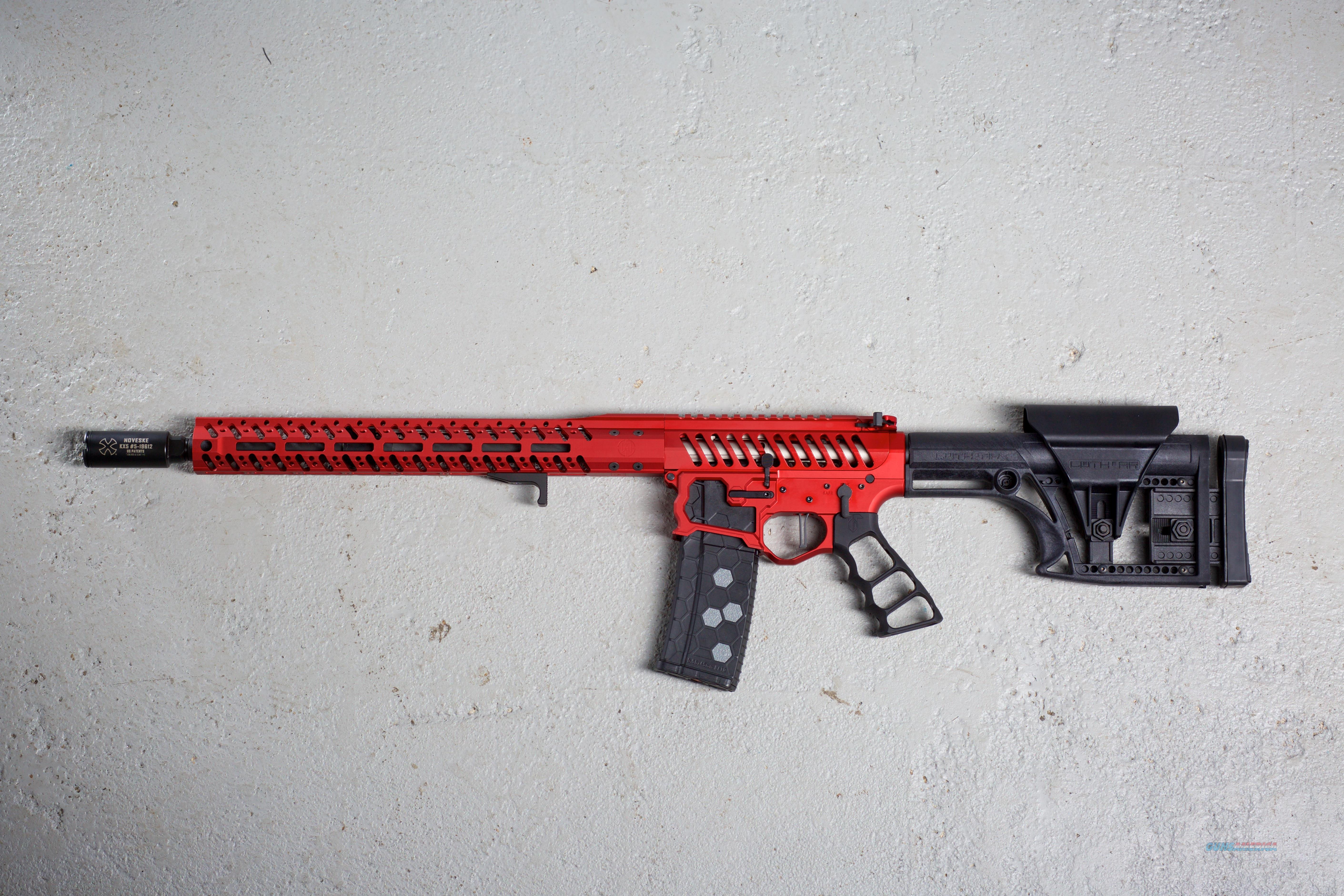 Manufacturers can use these coatings to really up the level of creativity, making custom looks like the Spikes Tactical SANDBOX finish, which features a worn-in FDE color with black elements showing through the finish to create a truly battle-born look straight out of the factory. 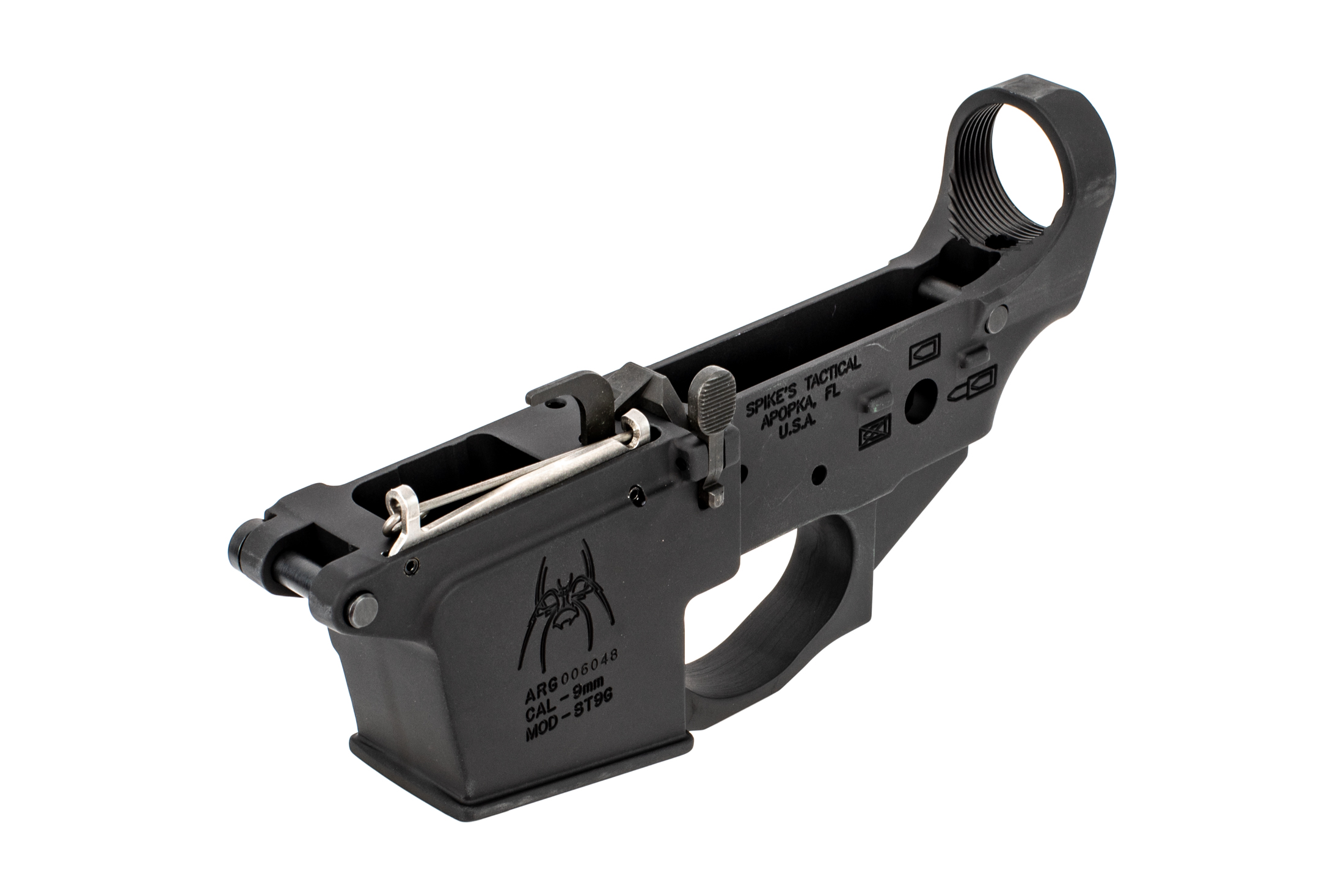 Polymer receivers, like the ones from Tennessee Arms, can be the subject of some controversy on internet forum boards or out on the shooting range.

Tennessee Arms, one of the industry-leading manufacturers of polymer lower receivers, is so confident in their product that they stand behind them with a lifetime warranty.

With a guarantee like that, it’s easy to see why more people are giving polymer lowers a chance to prove themselves. 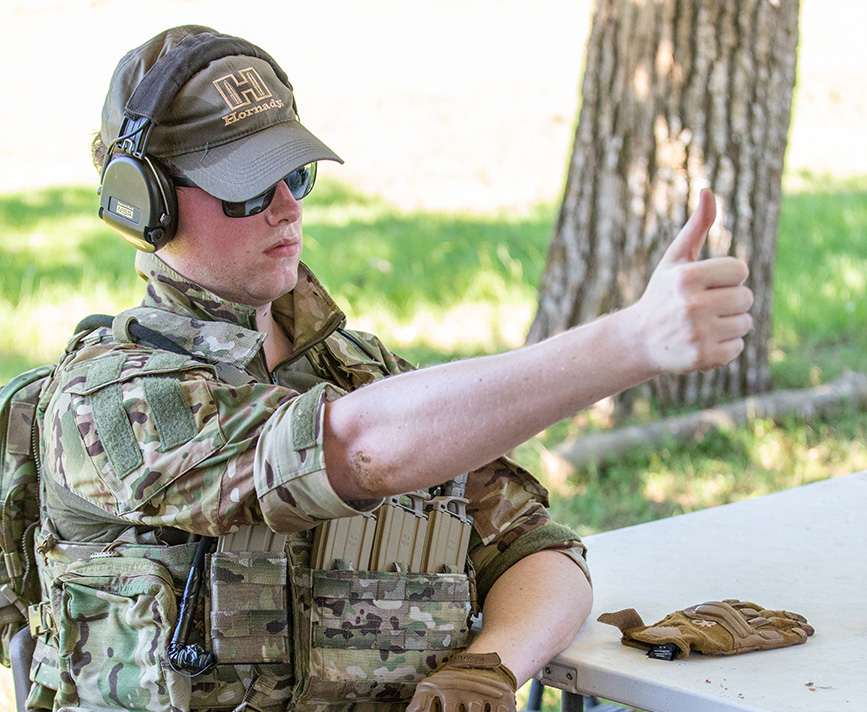 Some options, usually stripped lowers, are cost-effective enough to purchase multiple at a time and begin a few new builds or have them as spares in the future. 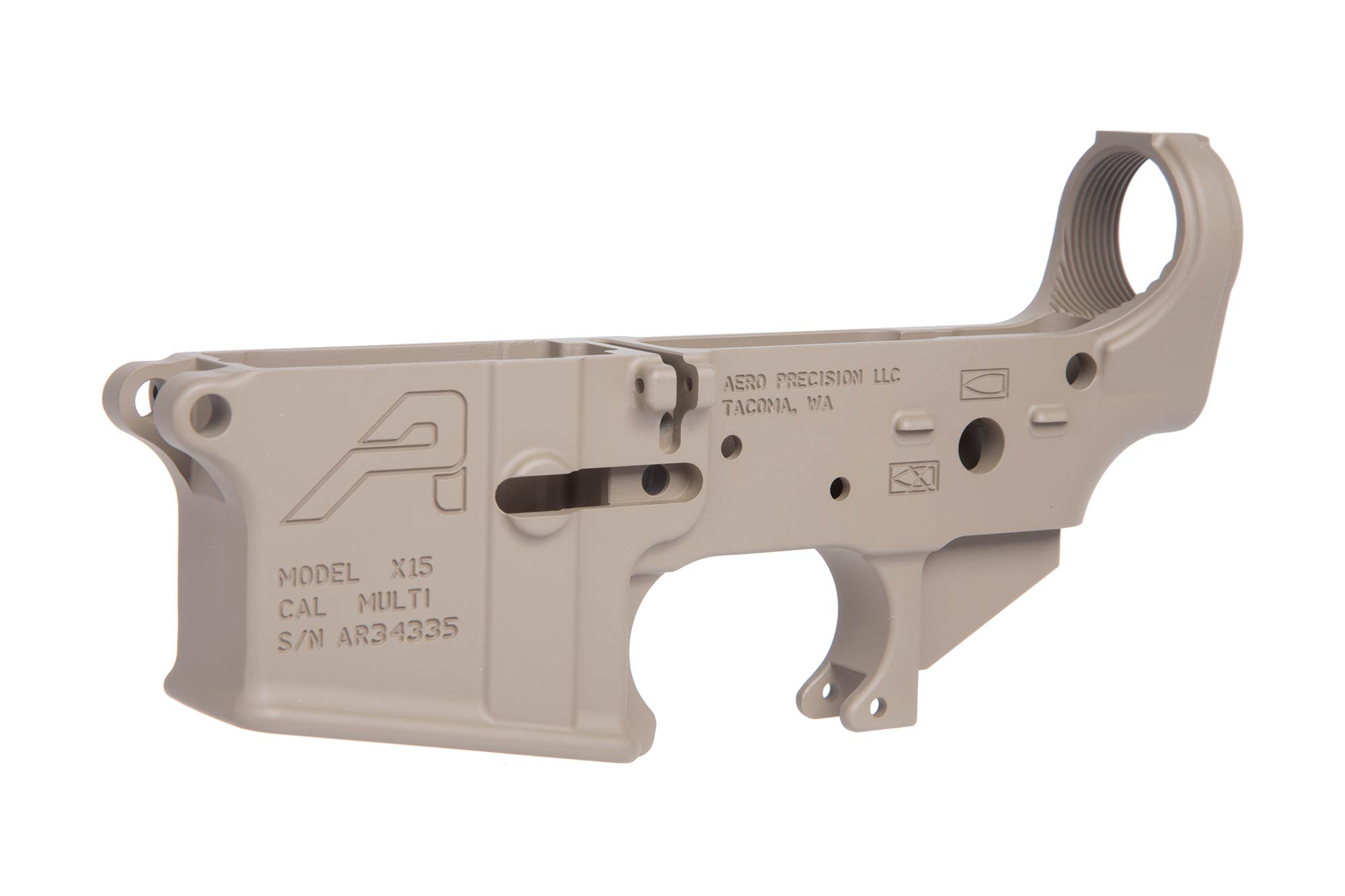 It’s not out of the ordinary to see stripped lower receivers from quality brands for as little as $50. However, they can certainly cost a lot more – especially for receivers that have unique looks. 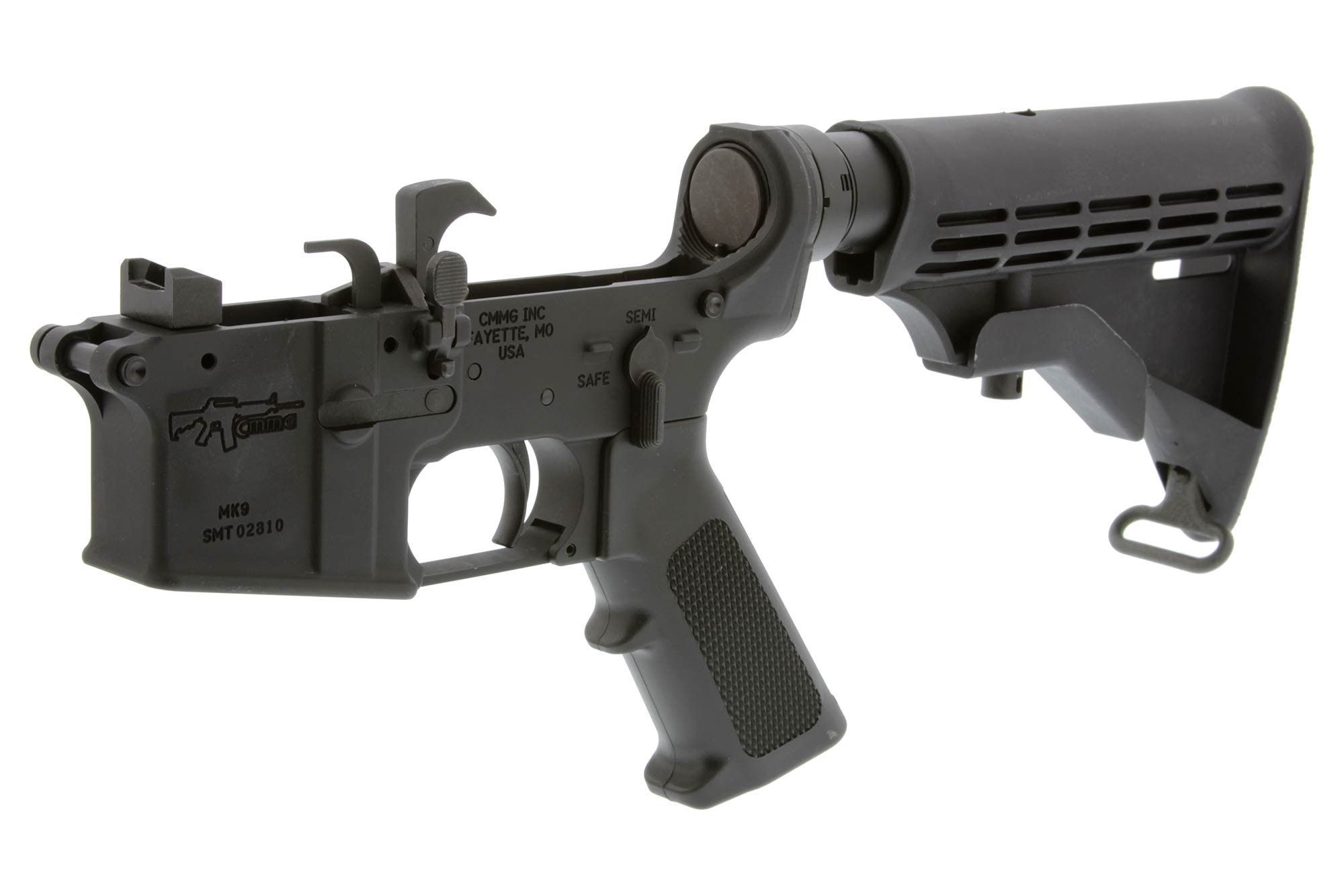 For an AR 9 you have 2 options for a lower, either a dedicated lower that accepts glock or colt mags, or a standard AR lower with a magazing adapter to hold glock or colt mags. all the lower parts can be the same as a regular AR in this case. Compatibility, Yipee!!

Part of the enjoyment of owning an AR 15 for many people comes from purchasing a stripped lower, parts, and the required tools to build the rifle for themselves.

Don’t be afraid to dive in and begin a build! There are a variety of resources online to help you through the process, including on our Primary Arms Blog, and our Primary Arms customer service team and product specialists are always glad to be of assistance.

Companies generally want to show off their logos and will feature them prominently on a lower’s roll marks, stamped or etched into the magazine well of the lower.

If you can think it up, and want it on the side of your lower, there’s likely a company that will put it on there for you! 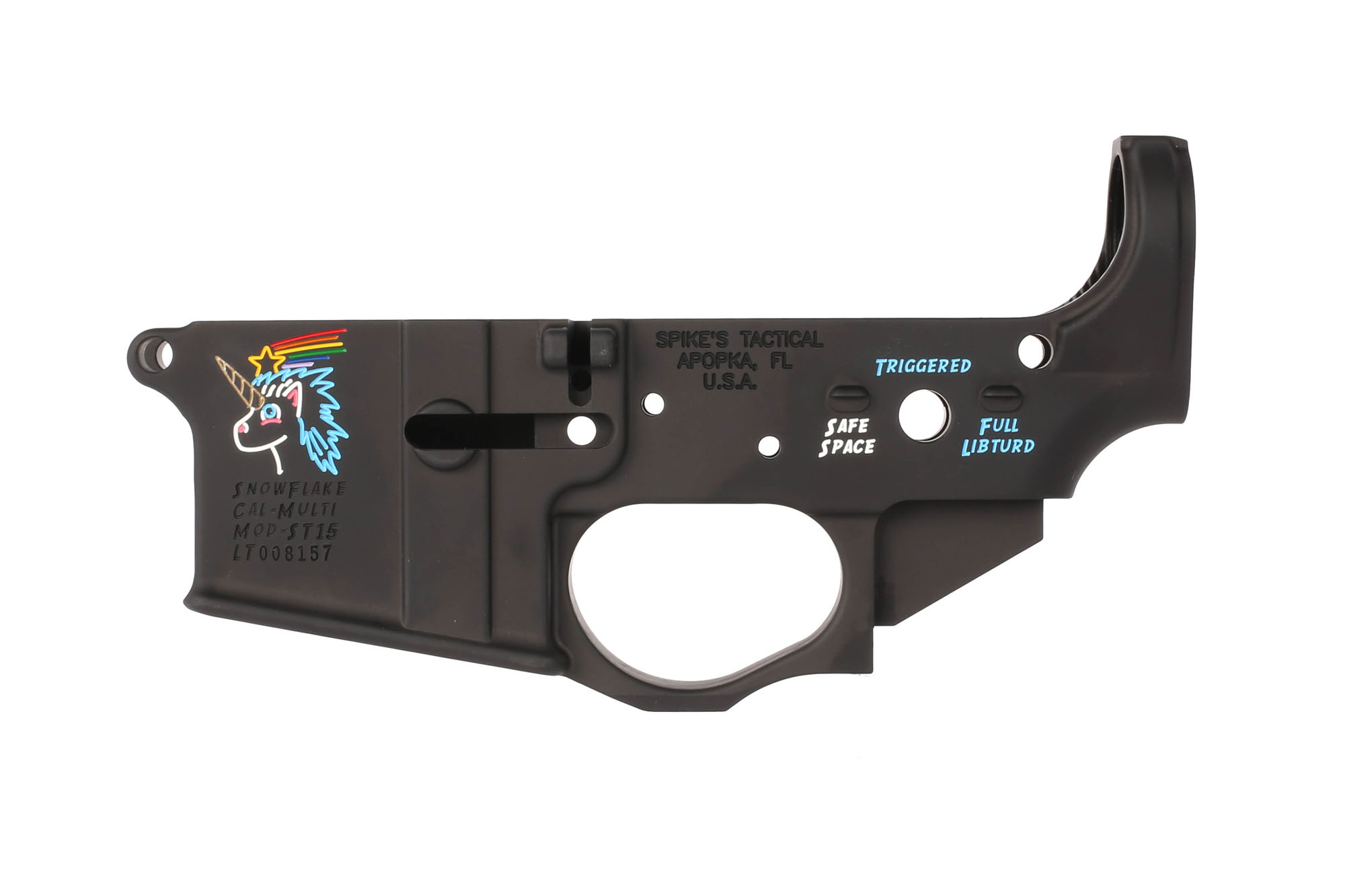 A perfect example of this is Spikes Tactical, who produces many custom roll marked lowers like the “Snowflake” lower, which has roll marks picturing a unicorn that comes color-filled straight from the factory.

Another is Spike’s Punisher lower, which features the punisher skull, filled in with white, and pictograms around the safety selector filled in with red.

Bravo Company Manufacturing has lower receivers with laser engravings available for each branch of the military, and other popular symbols like crosses and coats of arms. 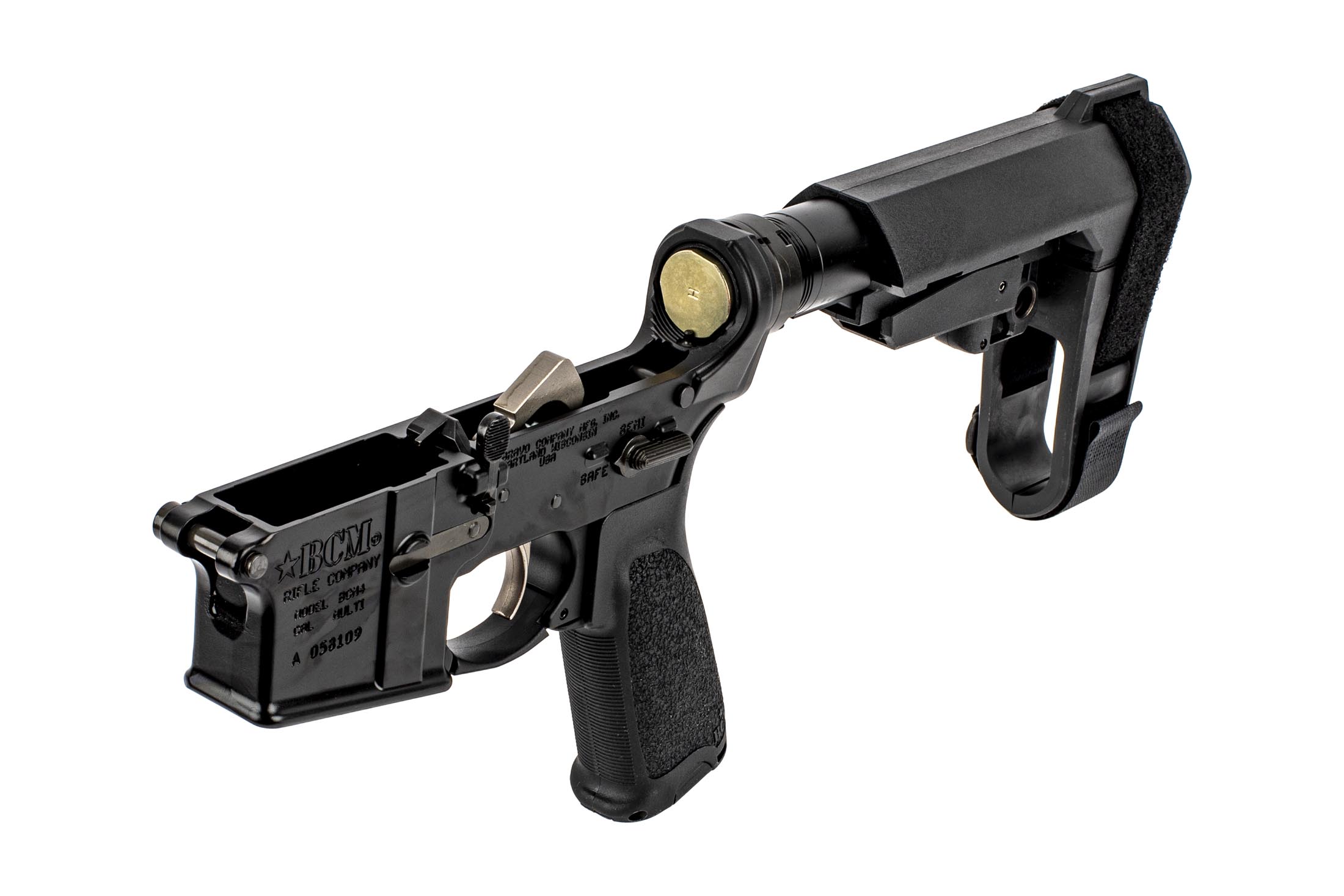 Roll marks and physical aesthetic features can impart a certain amount of personality to your rifle, and with the standardization of the platform making one lower receiver often otherwise indistinguishable from the next, the addition of a cool looking feature could be the basis for choosing one lower over another.

WHICH AR 15 LOWER SHOULD YOU BUYy?

It is entirely up to you how much you want to spend, what parts will give your lower the look and performance you desire, and what’s available to you when you need it.

If this is your first build, we suggest a stripped lower receiver, well within your price range, and a lower parts kit so that you don’t break the bank on your build and have money left over for ammunition to feed your new complete rifle.

If you’re like most of us here at PA, before too long you’ll end up with a whole collection of parts that find their way into one build or another over time.

And spare parts laying around unused is always a good excuse to go buy another lower receiver and give those lonely parts a home!

Let's break it down by price point to help you choose what brand is right for you.

Now that you knwo everything about lowers, build a custom AR 15 with an AR lower receiver from Primary Arms.

We have popular products like billet lowers, lightweight lowers and AR9 lowers for your next 9mm AR pistol build.

Shop All Our AR Pistols

Find Cerakote coated AR lowers in a variety of colors for durability and style.